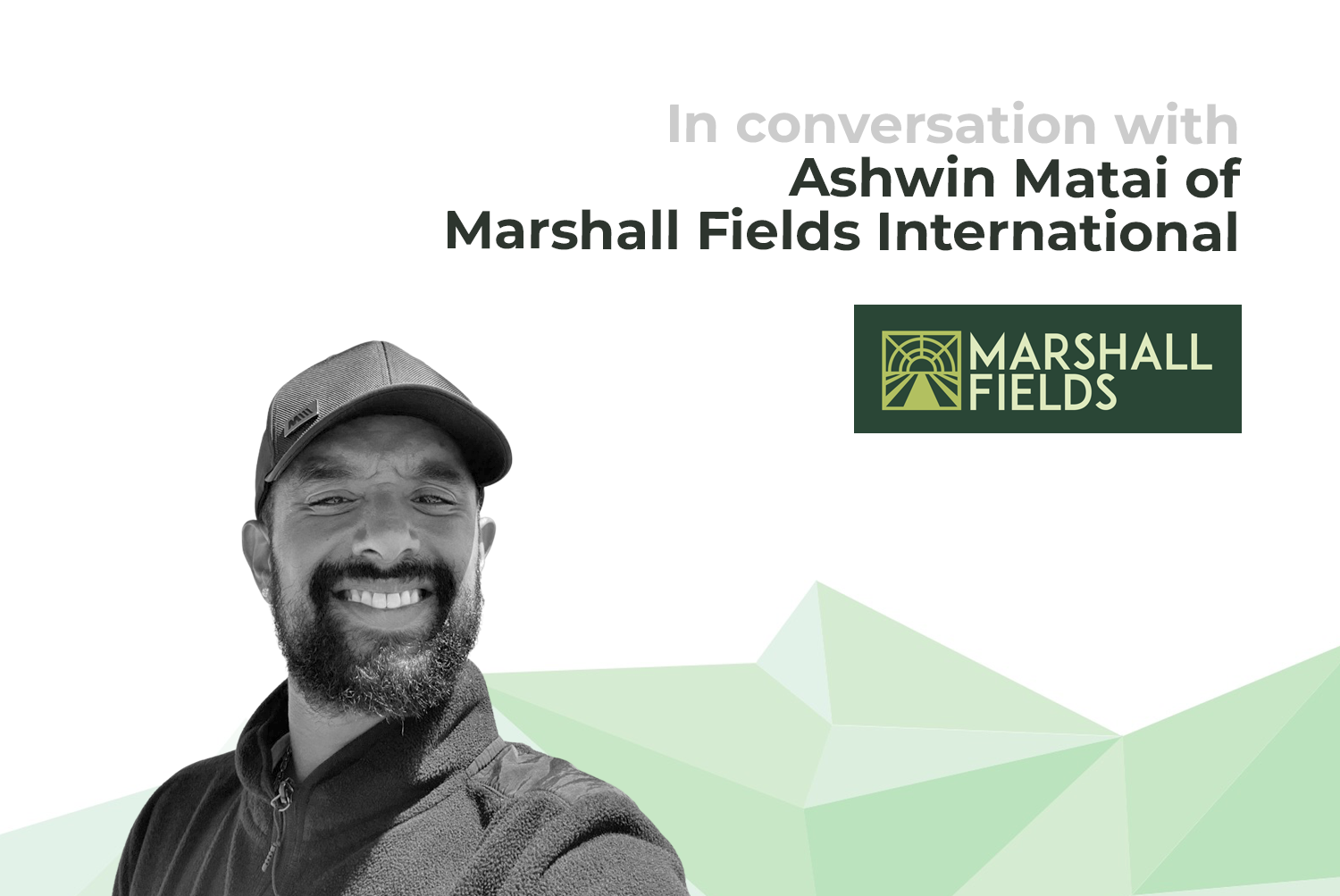 Like Switzerland, The Netherlands is currently also in the middle of a cannabis experiment that will probably lead to legalisation (read more about it here). This does not mean that growing there has become less confusing. In our ongoing series where we interview growers in various countries (you can check out the rest here: Morocco, Uruguay, Colombia and South Africa), it is time to cast the eye on one of the leaders in cannabis policy, The Netherlands. We spoke to Ashwin Matai from Marshall Fields International, a man born in the Netherlands and born to grow cannabis. We spoke about his background, the problem growers are facing and what Cannavigia did for them.

What is your background?

I studied Industrial Engineering at the University of Applied Sciences in Amsterdam, but the story starts way before that. In lower school my friend used to pick the hemp seeds from the bags of bird seed his parents bought, so I took the seeds and started growing it. The plant was small and ineffective, but hey, I was growing cannabis. I knew nothing about the plant though. During high school I started getting interested in cannabis after I started using it, but my parents were not very supportive of a career in it.

Growing up in Amsterdam you were surrounded by it – you saw the leaves everywhere, you smelt it. It was impossible not to know about it. After high school I went to university, but it wasn’t working out. I left, did some other things and then went back to university – this time to the Applied Sciences one in Amsterdam. While I was studying I started working part-time in a Coffeeshop (the Dutch name for a Cannabis Dispensary). It was busy and there was only time for work, no time to discuss the product or the experience with other people. After two years I started looking for something new and found a job at the Amsterdam Seed Center. A real seed shop, not one of these touristy places. Their whole thing was like a new age cannabis vibe. By this time I was already doing some serious growing using proper seeds. At the Seed Centre we were accessing and buying seeds from all over the world and I had a access to these new genetics myself. I was constantly looking for something better and a new flavor and a new type and a new effect. I was talking to growers and at the same time dealing with customer feedback about these seeds. I would hear about something new or special and actively pursue it, so I had a huge collection from all over the world.

In the background to all of this, Colorado was happening, Washington was happening, so there was more and more talk about the legal aspects. I realised that was, what I was learning at university, I could apply it directly in to the legal cannabis industry. So, I finally found a career, something I really wanted to do. At the same time I started working with a friend in the States who I was advising on seeds and new cultivars. I found quickly that there was a huge demand for new genetics and other developments from the Dutch Horticultural industry. I then got in contact with the Wageningen University and Research, the leading horticulture/agriculture University in the world, went to visit them and saw all the mistakes that they were making on their first cannabis trials. I realised that this was my opportunity to establish a career in the legal market. I was hired as consultant I taught them some things and at the same time learnt a lot of new things as well – airflow, irrigation, fertigation, lighting, climate etc. But they weren’t consumers. They were only doing cold research. For them it was not about smoking, it was about knowing what you made and growing it as a crop. I felt very strongly that if you did not indulge, you were lacking a part of the research.

While working at the university I met a lot of company people that came to visit to see what was going on. Aurora was one of those companies. Their company was expanding quickly and they were looking for people to do things for them. It was a match and they hired me as a horticultural specialist. I was flying all over the place, learning a lot. It was magic. At a distance it was all looking very impressive, but when you looked at the detail there were some things that were missing. Everybody was just interested in how much they could grow, not the quality of what they were growing. They did not understand that the client’s taste will develop quickly and that they would be looking for new things. At that time they underestimated this and kept on telling me that I was too much of a specialist when it comes to smoking certain quality cannabis and that the general client didn’t feel the way I did. The consumer experience was not taken seriously and we all know what happened there…

During that time the Dutch recreational experiment started gaining traction – legally supplying Coffeeshops. For me that was the most exciting idea around.  You just had to make sure that you were one of the ten suppliers that the government chose. So, we were prepared and then the government decided to choose the ten growers by lottery. We had millions invested and no-one was interested in the quality of what we produced or that we had a proven track record. The requirement from the government was that you should be able to grow cannabis, but even without proving this in real time, you were eligible for the lottery. Some people who were successful in the lottery didn’t have much experience and they started looking for experts to team up with. At this point I was feeling that I couldn’t be part of Aurora anymore. I wanted to tackle this experiment fresh. I was then contacted by Paul Wilhelm, a famous and respected Coffeeshop owner in Amsterdam, well known for the shops: Tweede Kamer and Dampkring. He heard a podcast on what I did and there was a definite connection. He understood where my head was and what my passions were. It is more than a product, it is an emotional connection. Cannabis is different than a bottle of Coke or any other Consumer Packaged Goods. Paul was approached by a group of investors who had acquired a license as part of the ten. Based on Paul’s vision and because of the resources and assets that included Zimbabwe, I decided to leave Aurora and join Marshall Fields International as part of the Kenzoll group, who have recognized and value the potential of the (legacy and new) cannabis industry. We are involved in Canada, The Netherlands and Zimbabwe amongst others, in growing cannabis.

What are the hurdles you have faced during this new adventure?

All ten growers come together and we collectively discuss issues, especially the ones we need to overcome together. One of the hurdles is software. The Dutch government started building software before they started talking to the cannabis producers and the Coffeeshops – the people who are key in this tracking system. The government has admitted that this was not ideal but it doesn’t remove the problem. We wanted to incorporate our systems with theirs, but they weren’t interested in meeting us halfway. Another hurdle is the taboo on cannabis whether it’s the neighbours, the local government, the lady walking her dog, the establishment, people have issues and are prejudiced regarding cannabis, unfortunately. But in fact this is another cultivation project, which we are famous for here in the Netherlands: Dutch Horticulture at its best! There are also location issues. It turned out Municipalities only desired to have a maximum of one grower, but because of the lottery this didn’t happen. Certain lottery winners are situated in the same municipality, so some theoretically had to move. But the rules also states that once you have been given your license, you are not allowed to change location. So, they had to make exceptions on these rules to sort this problem out. The international law also determines that banks are not allowed to do business with cannabis in any way, so that’s another problem the producers and Coffeeshops have to deal with.

What role does Cannavigia play in your company?

For Zimbabwe we were looking at software to adhere to GACP requirements. We looked at a lot of possibilities but in the end Cannavigia fitted the profile the best as a partner to work in the Zimbabwean space. It met all the requirements, and it was also a very logical and manageable process. In the Netherlands we are still talking to a lot of different companies to see what fits best, taking the government’s track and trace into account and also what fits the very specific rules of the Dutch experiment. In Zimbabwe it worked 100%. This far, from what we have seen, it can do everything we need for the export from Zimbabwe to Europe.