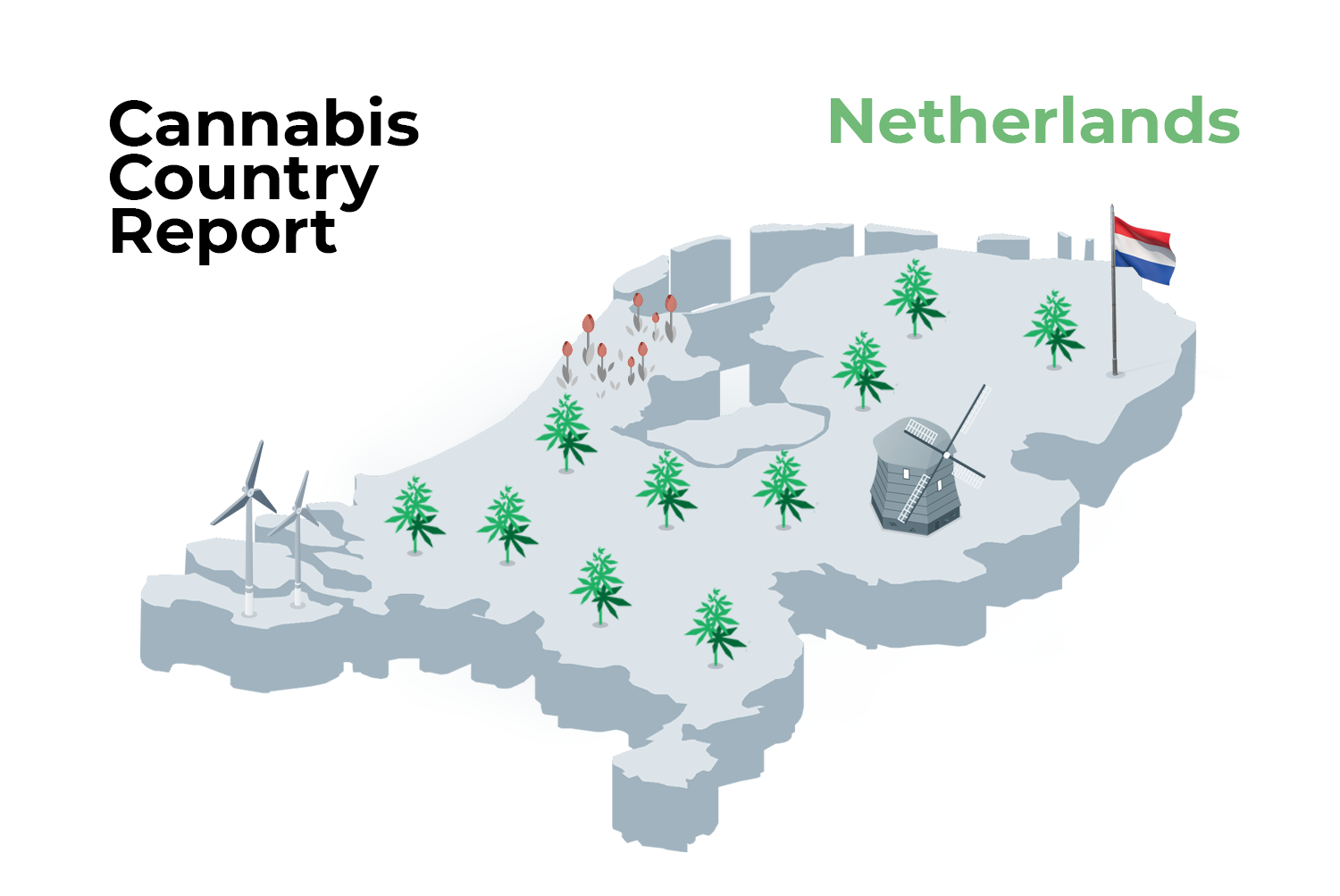 This cannabis country report Netherlands serves as an introduction to potential cannabis growers in the Netherlands on how to legally grow cannabis and how to get a cannabis license. This information is relevant to all growers. The information was correct at the time of publication.

Cannabis was smoked widely in the Netherlands in the 17th century. This is proven in a painting by Flemish artist Adriaen Brouwer, which shows a man with an ale tankard in one hand and a pipe in the other. In these times, those who smoked cannabis were called ‘toeback-drinckers’. Cannabis was first criminalised in the Netherlands in 1953, following earlier laws against its import and export in 1928.

Cannabis has been decriminalized in the Netherlands since 1976.

Unlike many other countries, Dutch drug law distinguishes between soft drugs and hard drugs. Cannabis is listed under the soft drugs category which means that use, possession and trade are forbidden, but tolerated.

Contrary to popular belief, cannabis is not legal in The Netherland, merely decriminalised with lots of restrictions of its usage, growing and distribution. So, while it is legal to smoke it in designated areas, growing more than five plants is prosecutable. This has basically forced coffee shops to buy unlawfully grown cannabis putting the power in the hands of criminal cartels. It has also led to illegal growing operations that takes a lot of police work to counter act. This means that cannabis arrives, untaxed and illegally at the back door of the coffee shop and becomes legal and income taxable, by being consumed there.

There have been some notable court cases regarding cannabis cultivation. An interesting case study is that of two farmers, who were arrested in 2014. The court ruled that although they had violated the law by growing 2,500 cannabis plants, they would not be punished.

To justify the decision, the judge pointed out that the two farmers grew the cannabis plants in a safe and responsible manner, in accordance with the Dutch policy of tolerance. This was a landmark case, signifying a shift in attitude towards cannabis cultivation in the country.

The Netherlands became the world’s first country to make cannabis available as a prescription drug in pharmacies to treat cancer, HIV and multiple sclerosis patients

It is legally permitted in the Netherlands to cultivate, import and sell industrial hemp as long as the hemp is intended for fibre production or seed production for fibre varieties. According to European guidelines, the cannabis variety must be listed in the plant variety database and the THC level cannot exceed 0.2%. There are no requirements regarding the CBD level.

The agency behind & criminality

Since 1 January 2001 the Office of Medicinal Cannabis (OMC) has been the government agency responsible for implementing the Single Convention on Narcotic Drugs. It is also responsible for overseeing the production of cannabis for medicinal and scientific purposes.

The OMC has a monopoly on supplying medicinal cannabis to pharmacies, and on its import and export. The OMC also processes applications for exemptions from the Opium Act relating to cannabis and cannabis resin. If you are interested in doing cannabis research, they are also the people to talk to.

Over and above all this, there has been an increase in the criminality perpetuated by the hard drug gangs as is seen by the murder of investigative journalist, Pieter de Vries, the death of a drug trial lawyer and the discovery of torture chambers used by the drug cartels. Things got so hectic that the official Police Union, Politie Bond used the term “narco-state” when discussing the situation in The Netherlands.

If all of this sounds very confusing to you, rest assured that you are not the only one. When the Dutch government decided to start pulling all legislation with regards to cannabis in line, The Irish Times ran with the headline “High time: Netherlands moves to clean up absurd cannabis policy”.

In 2020, the government accepted applications from companies wishing to cultivate recreational cannabis, as part of a pilot scheme.

The “Closed Coffeeshop Chain experiment” is being conducted to see how growers can legally supply quality-controlled cannabis to coffeeshops, throughout ten selected municipalities. The cannabis used in this experiment should be cultivated and controlled in a licit regulated market instead of in an illicit market controlled/prohibited by criminal law. The aim of the experiment is to ascertain whether or not it is possible to regulate a quality-controlled supply of cannabis to coffee shops and to study the effects of a regulated supply chain on crime, safety, public nuisance and public health.

The Minister for Medical Care and Sport and the Minister of Justice and Security are responsible for ensuring that the experiment is implemented and for drafting relevant new legislation. The experiment is expected to last at least 4 years, with the possibility of a year and a half extension. By the end of the July deadline, 149 businesses had applied. By December 2020 the government selected 10 cannabis growers to take part in its experiment with regulated cannabis cultivation. The ten growers then had to pass an integrity investigation. The 10 growers were selected from the passed applications based on a random lottery draw. The others were placed on a waiting list. Should any of the first 10 fail the integrity investigation, the next person on the list will be investigated.

The Council of State, the government’s highest advisory body, warns that, as it stands, the pilot will not be broadly based enough to allow any hard and fast policy conclusions to be drawn from its findings.

Do you have any questions on the regulatory framework in the Netherlands? Contact us!