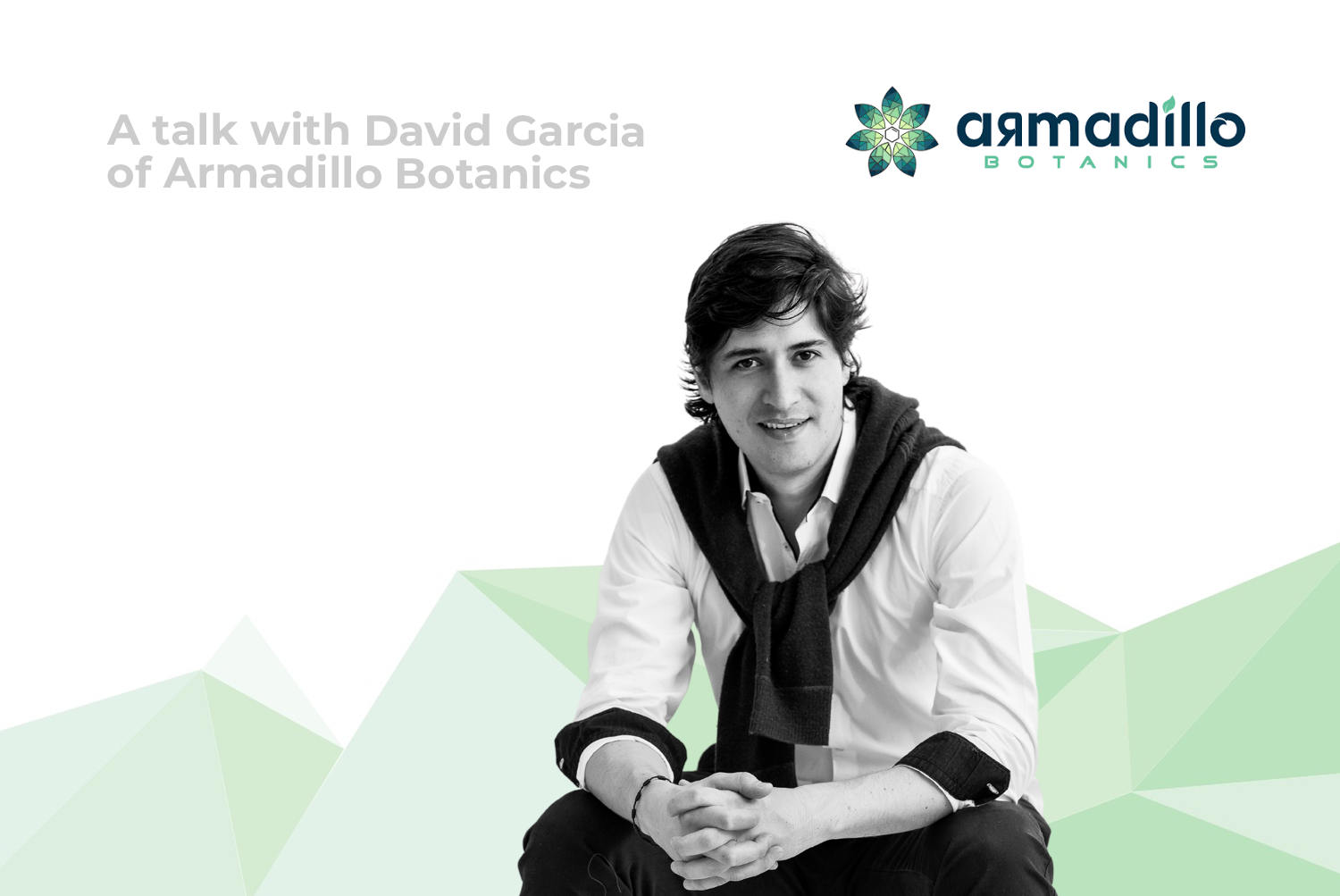 We sat down with David Garcia Montoya of Armadillo Botanics to discuss the three c’s – Colombia, Cannabis and Cannavigia

Colombians have always grown things. We have grown coca leaves. We have grown flowers. We have grown coffee. Now we grow cannabis and all that knowledge about growing that we have built up over centuries is getting channelled into this. This is David Garcia Montoya talking. A Colombian by birth, a Texan by choice, and a returnee by passion.

Growing cannabis was never on the agenda for David. With his tech background and safely ensconced in the corporate world in Dallas, he had a different career trajectory in mind. When talk started about legal cannabis growing in Colombia he started thinking about the opportunities that lay in the country of his birth. He started talking to friends and got together with people and soon realised that, at least for the moment, perhaps a different calling than the trajectory he had in mind, was presenting itself.

I left a good salary and the States behind. I decided to put all my eggs in one basket and learn new things and do this because it just felt like the right thing to do.

Not only was this his first venture in cannabis, but also in growing things, so surrounding himself with knowledgeable people he took the plunge with a ”my money, my time” approach.

”I saw the light”, he says now, four years later, super excited about what he has started doing.

”The first thing I learnt was the first thing that a lot of people learn quickly when they venture out on their own in start-ups: It’s hard work. There is no such a thing as a quick dollar in this business. People don’t put enough time in and they expect things to work without too much trouble. That’s why a lot of companies fall apart, things don’t just happen.

Unrealistic expectations were the first stumbling block he had to overcome, He sat down with his CPA and his lawyer and drew up a list of realistic goals, “people need to plan years ahead, not months. There are too many chancers and buskers around us to not do it this way.”

The first goal was to create a sustainable company. ”Sustainability is key. Customers are getting super picky, so the product has to be consistent. We are interested in dealing with Europe and they are a lot more aware of sustainability than the Americans. This product has to be good for the ecosystem. We are making both a social and environmental impact and that has to be for the better. So now I have a person looking after our sustainability”.

”Like everywhere the bureaucracy was holding us back. Lots of lawyers, lots of paper, lots of waiting and of course, spending more money than we planned. But I soon realised that there was a reason for this: The bureaucracy was learning too. As much as we were venturing into the unknown, they were too. Luckily for us, they learned. The senators are now realising what our problems are and they are changing things. The revenue flowing into state coffers are waking everybody up as to the potential.”

”In the beginning, everybody thinks that this is about putting a seed in the ground and waiting for it to grow. The seed-to-sale software is what makes you realise that you are not playing anymore – even if you were thinking it after all you already went through. For us it was a long and hard think. The problem is that a lot of the software is too expensive for small and medium-sized growers. You also need to not only trust your software partner but also feel comfortable with them. Cannavigia for us was the perfect synergy because no seed-to-sale software, no success. In the long term we have found it to be of a very high standard and as customer expectations rise, so will the demand on the software. We are interested in getting into the EU and this is what works for all parties involved. When I try to sell to the Germans, the first thing they will ask is if I am using reliable software. We tried a few companies but Cannavigia was the best fit for us. We see this as the future of software. They were able to customise it to our needs and also made it affordable to fit into our budget.”

Growing cannabis in a conservative country

”I grew up in a very conservative household and I grew up in a very conservative country. People usually have the wrong idea about Colombia because of all the problems of the past. In essence, it’s an old school Catholic country. Five years ago, because of the reputation that illegal cannabis had in our country, people were totally against it. But the people here are also very smart and capable of change. Politicians are educating themselves and the people on the street are reading about the latest research in the news. People are becoming aware of traditional medicines that have fallen in disfavour because of laws and enforced morality of the past. Public opinion is changing fast. Even my father, a conservative man, now takes his drops of oil before going to bed at night.”

The recent changes in legislation

”When the government legalised the export of flowers in 2021 it stimulated the stagnant market a lot. At that stage the production was more than the demand, so there was a lot of people sitting on a lot of product. The government took a lot of criticism for that, but there was a reason for that. The legalisation happened very quickly and the government needed time to help create new markets, do scientific research and register patents. They wanted to first develop the market and protect the smaller players who couldn’t afford the millions needed to start up something big immediately. They had to decide if they were making a business for the Big Five or a business for everybody, including the small growers. The rules are changing because the government is listening to the growers. We are making the transition from coffee to the next big export product.”

One thought on “The Three C’s – Colombia, Cannabis and Cannavigia ”