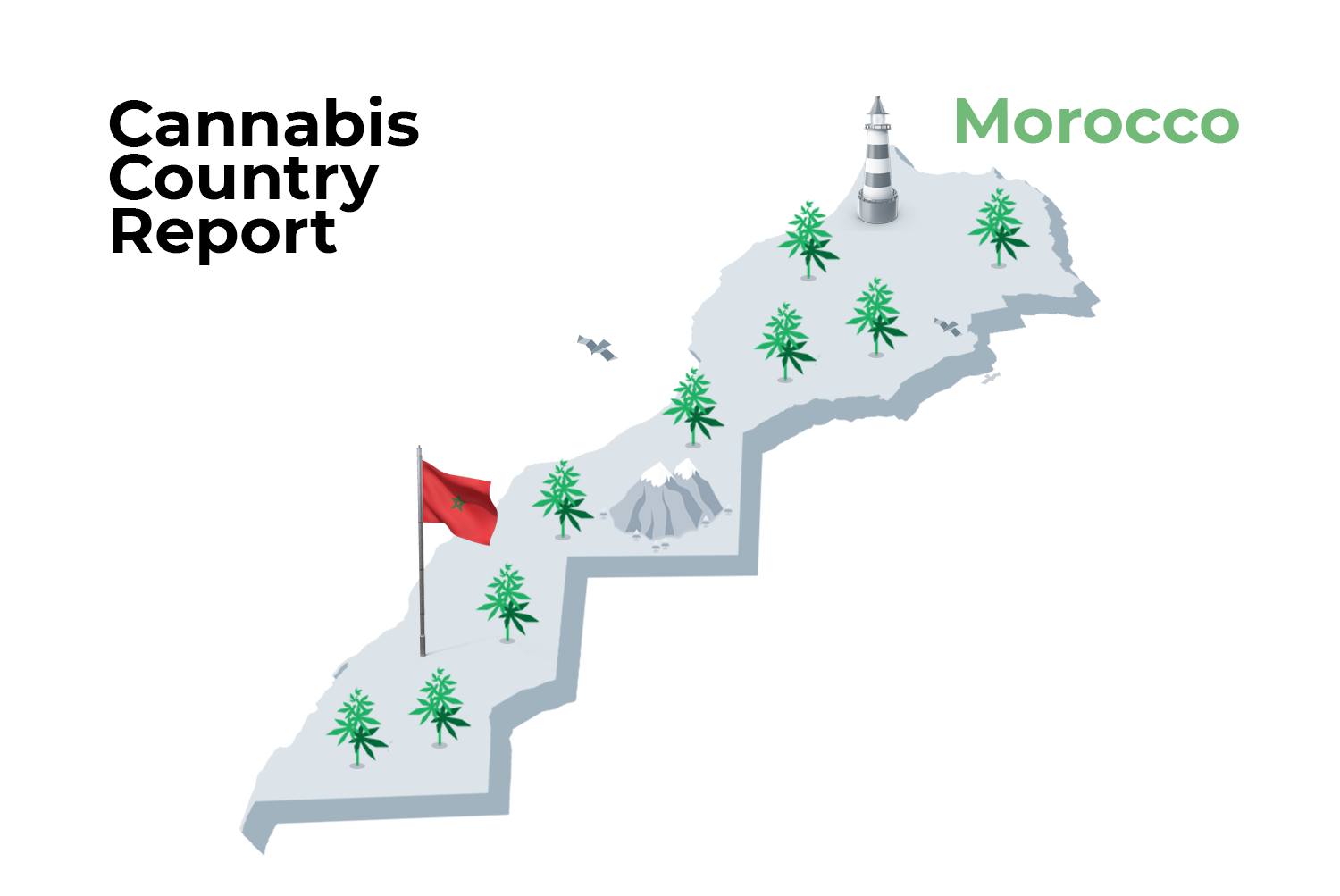 This cannabis country report Morocco serves as an introduction to potential cannabis growers in Morocco on how to legally grow cannabis and how to get a cannabis license. This information is relevant to all growers. The information was correct at the time of publication.

The current status and some history on cannabis

The law identifies three provinces, Al Hoceima, Chefchaouen and Taounate, allowed to cultivate and produce cannabis. It leaves the door open to include other regions in the process based on domestic and international investors’ demand for cannabis supply chain activities.

Together with Afghanistan, Morocco is one of the top growers of illegal cannabis in the world, although the government has turned a blind eye to its growing for decades. It is estimated that 400 000 people or some 60 000 households live on the cultivation of cannabis in the three demarcated areas. The cannabis subsistence farmers in these areas claim that cannabis is the only crop that will grow there.

Traditionally, cannabis has been part of the Moroccan culture and tourism for centuries. From the sixteenth century it was grown nationwide on a small scale for local use, in gardens and orchards, but it was only in the 18th century that the Rif region in the far north became a noted center of production, as it is now recognized in modern times. In 1890, Sultan Hassan I instituted strict regulations on cultivation and trade, but also conferred clear cannabis production privileges on several Rif tribes. In the 1950s, the rights of the Rif tribes to cultivate cannabis was reconfirmed, in response to tensions in the restive region. In 1956, with the new independence of Morocco, King Mohammed V prohibited cannabis nationwide.

The change in cannabis legislation

Farmers in the three traditional growing areas (the ones legalised now) have been growing cannabis as a main source of income, whether it was illegal or not.

The reason for the change in legislation, according to the government is to improve the economic standing of these farmers. In the illegal black market, farmers earn 4% of the final turnover of the crop, the government claims that under its control this will rise to 12%.

The law also recommends, in a bid to support the efforts of negotiation between farmers and manufacturers, that farmers set up cooperatives which will be in charge of signing contracts with manufacturers and ensuring the preservation of farmers’ rights, in addition to allowing the farmers to acquire the best methods for sustainable agriculture, to be open to global experiences in this field and to the acquisition of quality seeds.

What is unique is that Morocco, like South Africa appears to want to focus the industry in a specific part of the country for strategic, economic, and sustainable development, as well as crime prevention reasons.

Morocco has already established a National Agency for the Regulation of Cannabis-related Activities. This agency will act as a focal administrative point for government officials in the Interior, Agriculture, and Health and Trade industries and decide on the terms of the licenses themselves.

The Agency has determined that:

Approval or rejection of a cannabis license in Morocco

Any denial of a permit needs to be justified by the agency, whether for farming, production, commercialization, or export.

The article also specifies that a delay in or lack of response from the agency should not be considered as a rejection.

The possible causes of retraction of permit:

The article also specifies that the agency cannot retract the permits without written notice to the concerned party, with a 15-day deadline for legal or administrative rebuttal from the entity holding the permit

The validity of all permits is 10 years. All permits are renewable upon demand, following the same process.