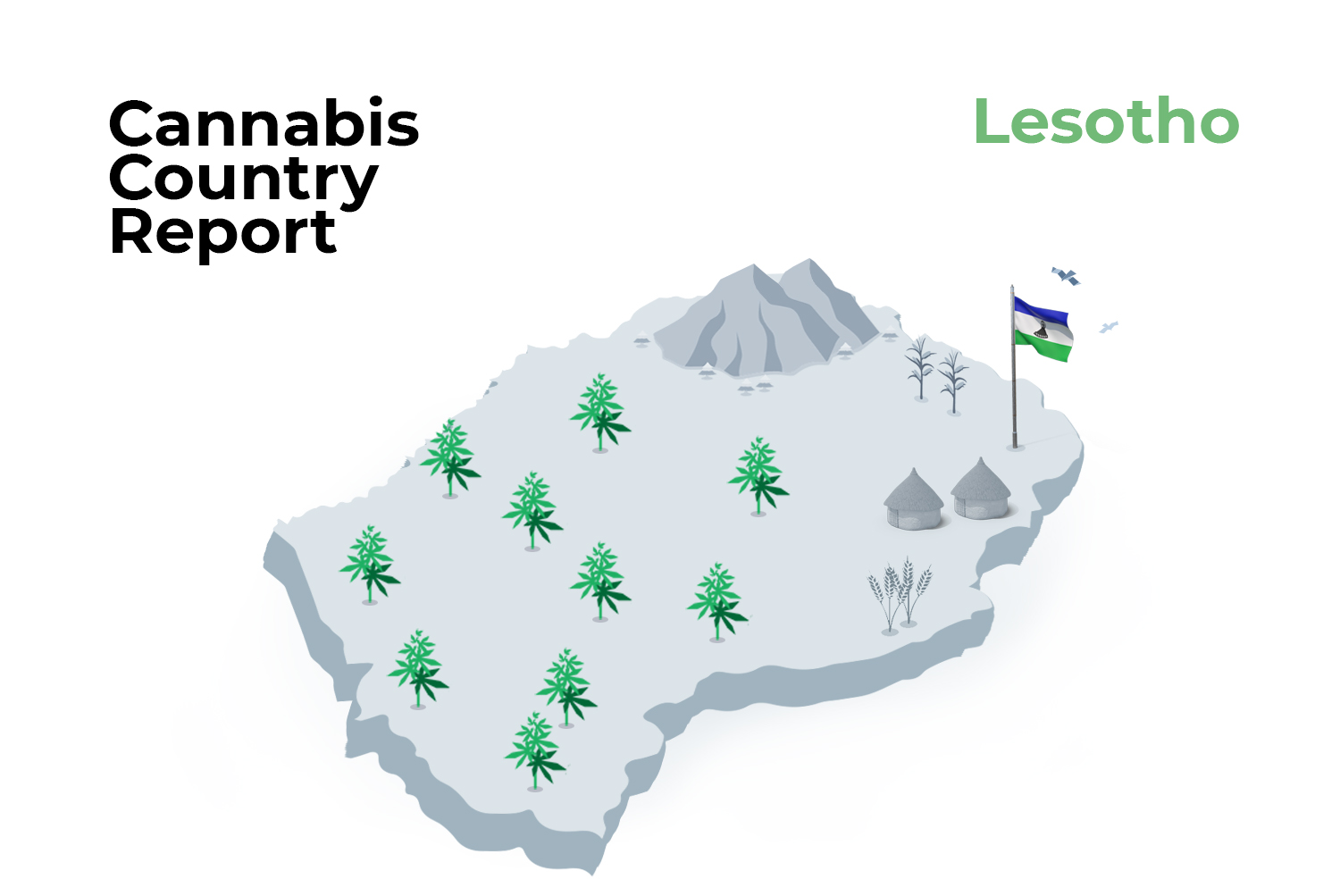 The mountainous Kingdom of Lesotho is one of only three countries in the world that is surrounded by one other country, in this case South Africa. (The other two are The Vatican and San Marino – both in Italy). It’s two biggest exports are diamonds and water. It’s biggest source of income is money sent back by migrant miners who work in South Africa, international aid and illegal cannabis crops smuggled into South Africa. It is estimated that 70% of all marijuana in South Africa is grown in Lesotho. It is considered to be one of the least developed countries in the world. In 2016 the GDP was only US$2.29 billion. Also known as Kingdom of the Sky, it is one of the few African countries where one can go for a ski holiday.

The initial issuing of licenses

In 2017 Lesotho became the first African country to legalise the growing of medical marijuana. In order to benefit local farmers initial licenses were granted to the Basotho. For a time licenses were free, obtained without fee and were given out with little oversight allegedly to those who could muster the funds to pay off an official. The license fee of USD$35 000 was due within the first 12 months of issue. There were no limitations on the amount of licenses issued and after initial licences were granted in 2018, several international firms were quick to gain the right to cultivation via a series of acquisitions. Within two years of the first licenses being granted, the process was so chaotic that the government itself was unsure of how many licenses exist, reducing their value and dissuading investment. At some point it was estimated that 97% of the licenses were not being used. Some of the licensees were unable to get the business off the ground or raise the necessary funds to pay the license. Attempt to sell the licenses to overseas growers for exorbitant amounts also lead to the general feeling of chaos

The previous government fell out of power in 2020 after the Prime Minster was accused of hiring a hitman to kill his ex-wife. The new government put an immediate stop to the issuing of new licenses and reworked the licensing rules to be more in line with international standards before starting to issue again. They also raised the price for a license to USD$350 000. There are currently five successful growing farms in Lesotho.

CBD is not legal in Lesotho as the law doesn’t distinguish between CBD and cannabis.

Advantages of growing in Lesotho

There are currently seven different types of licenses available

How it works practically

We had an interview with a person who had grown legally in Lesotho. They wish to remain anonymous.

”In 2017 the then Minister of Health liberally handed out 140 licenses to locals. This was in an attempt to keep the growers local and stimulate the economy legally. A lot of illegal growers used the opportunity to get licenses if they were connected. Unfortunately, most of them were subsistence growers and they are incapable of raising the money for the licensing fee which was payable in arrears. This means that most of them continue to grow illegal cannabis while hoping to find an international partner to come up with the necessary cash. Currently, only 17 of the issued 140 licenses are being used. Most of the licensees are seeing this as a get-rich-quick scheme and therefore are expecting exorbitant financial contribution in order to share their licenses with international growers. Because the business is not economically that viable here yet, a lot of international companies are reluctant to enter into this agreement. This means that what the government saw as a huge injection into foreign cash flowing in, has not been realised. There is no official structure for GMP compliance and because the harvested cannabis has to be exported through South Africa, there is a lot of cannabis waiting in warehouses for the right paperwork in order to get it out of the country. The financial entry level for subsistence growers is too high, so there is a lot of unhappiness and farmers feel that they are losing ut due to the government not making the laws very clear. The big growers who are taking matters into their own hands are successful despite the government rather than because of the government. It also helps if your partner is a powerful Basotho.”

Some background on Lesotho

Cannabis, or matekoane as it is known locally, has been grown in Lesotho since 1550 when the baKoena people traded it for land with the San tribes. By the nineteenth century, it was a staple crop in the kingdom. Long used as medicine by the native Basotho people, it’s easier to grow and more lucrative than other crops such as maize and sugar cane, and the nation’s abundant water and fertile soil provide ideal conditions. Many families rely on the extra income from selling illicitly to recreational drug users, to cover basic costs such as sending their children to school. British colonialism not only robbed the Basotho of their land but also of their right to grow cannabis. The usage of recreational cannabis is still illegal in Lesotho.

Landlocked, an enclave of (completely surrounded by) South Africa; mountainous, more than 80% of the country is 1,800 m above sea level

According to the World Health Organisation Lesotho has the highest rate of tuberculosis in the world, along with high crime and unemployment rates, and one of the lowest life expectancy rates of any country. There are currently no known terrorist organisations active in Lesotho.