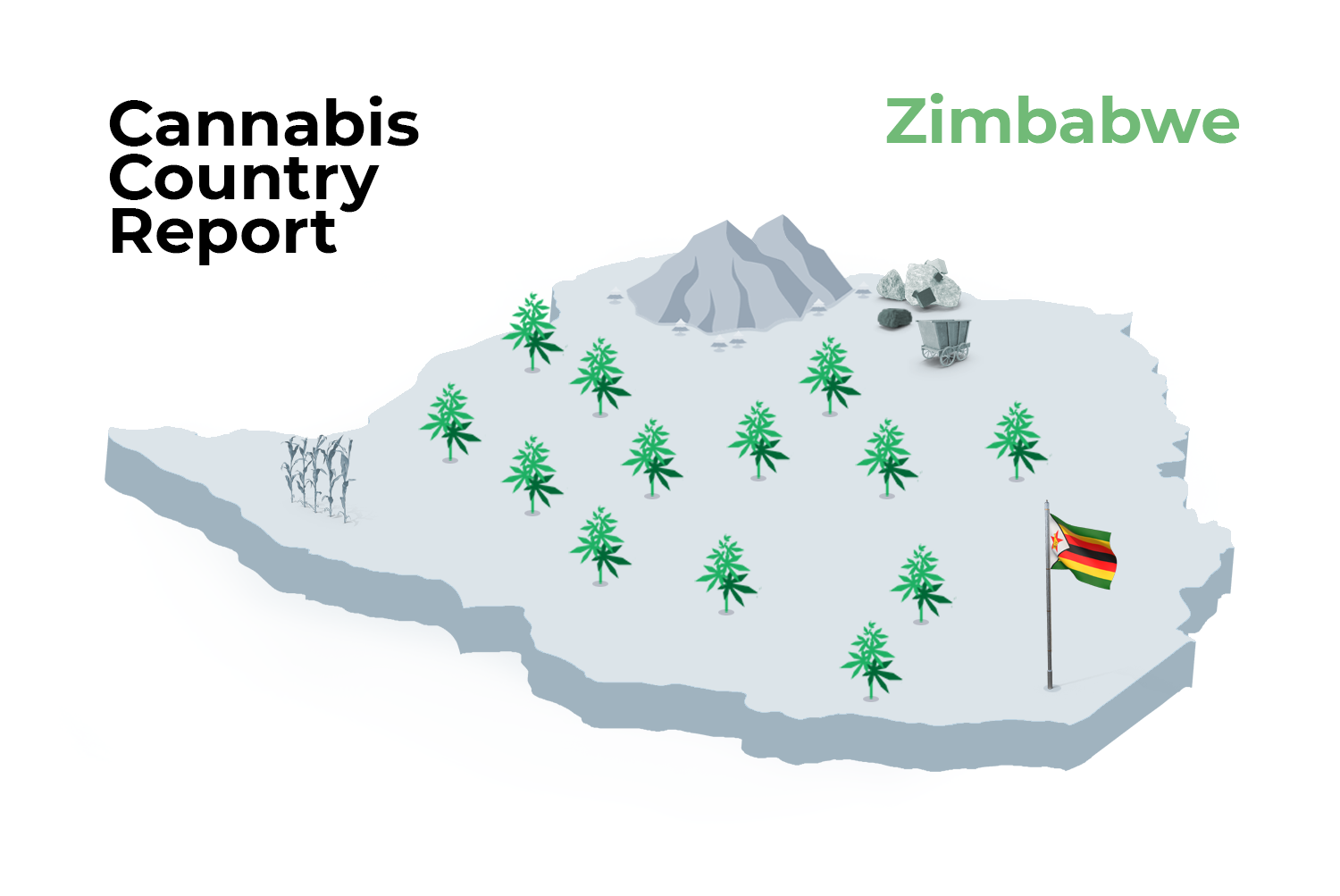 From tobacco to cannabis?

Zimbabwe is Africa’s largest tobacco producer, but authorities expect hemp export earnings to start replacing tobacco as farmers seek higher earnings from the crop. Zimbabwe is changing direction with cannabis as the tobacco market is shrinking because of anti-smoking campaigns. (EDITOR’S NOTE: there is a strong move, including in Zimbabwe, that tobacco farmers will have difficulty changing to hemp or cannabis growing. Agricultural experts are of the opinion that land that was used to grow tobacco may not be suitable for cannabis and hemp due to pesticides).

Tobacco farmers are also notoriously done in during the auctions where the only people who profit from the sales happen to be connected to the government in some way or another.

This, together with land grabs, diminishing inflow of outside money, government corruption and the collapse of the Zimbabwean dollar means that the decision to legalise the grow of cannabis was done purely for economic reasons. The government is hoping that cannabis will bring in much needed foreign currency.

Zimbabwe’s cannabis laws for possession is very strict with prison sentences as long as ten years for even limited personal use. Like many other African countries, in Zimbabwe cannabis remains highly stigmatized and many governments believe that more liberal laws will increase addiction, recreational drug use and the use of more dangerous drugs such a heroin and cocaine that are often linked to crime.

The Zimbabwean Industrial Hemp Trust recently managed to make the growing of hemp for industrial purposes for export legal. The project launched at the Zimbabwean Prisons and Correctional Services’ Buffalo Range Prison in Chiredzi. It is not known if prison labour is used in this endeavour.

In Zimbabwe, CBD is not separated from the rest of the plant and its sale, use, and possession are all illegal. Zimbabwe however offers a more hospitable growing climate compared to Europe.

Due to needy economic times trafficking in illegal drugs, especially cannabis, is on the rise.

The new growing laws are governed by the Dangerous Drugs Act. The law is still very opaque in certain places as legislation was hurried through. Just months after the new cannabis law was adopted by parliament, the government put a hold on it as it had compliance issues with various United Nations treaties. The arrest of the country’s health minister, David Parirenyatwa on corruption allegations also delayed the implementation of the medical marijuana rules. Corona, which has had a huge impact on Zimbabwe, further delayed the roll out plan.

Zimbabwe recently passed Section 17 of the ZIDA Act. The Act provides that “no investment shall be nationalised or expropriated; and no investor shall be compelled to cede an investment to another person, either directly or indirectly through measures having an effect equivalent to nationalisation or expropriation; except for a public purpose, in accordance with due process of law, in a non-discriminatory manner and on payment of prompt, adequate and effective compensation”.

The law was further changed to allow growers 100% ownership of their own business and the freedom to grow where they wanted. The past laws forced them to grow on government owned land.

In order to establish a grow operation in Zimbabwe, a person or company, has to apply to the government for a license, provide a plan for their cultivation site that complies with the country’s regulations, pay a $50K+ licensing fee, be prepared to pay an extra $15K a year as a tacked on annual fee, and another $5K if the project requires a research fee.

Licenses are given for a five-year term and can be renewed at the rate of $20K for the standard licensing fee, and $2,500 to renew the research part. These fees, are, of course, on top of whatever costs there are to perform business functions.

Overall, it’s not a cheap endeavor, just from the licensing perspective, and not one that will likely be utilized by many residents of the country itself. Smaller fees would have enabled the citizens of Zimbabwe to use this new legalization for their own benefit, while keeping them higher is an invitation to investors outside of Africa.

On the ground: A talk with a grower in Zimbabwe

“The way things work in Zimbabwe is different from how we usually do it – the laws, the implementation of it – actually not just the laws but the whole way of doing business took some getting used to. The cannabis growing laws are still very young and therefore open to different interpretations and the bureaucracy that deals with it is still young and learning, which means that everybody is finding their way through all the new rules. This has lead to some bumping of heads in the beginning, but we have learnt how to solve our problems the Zimbabwean way. The working environment is pleasant, the weather is great and the problems that we have to solve not insurmountable. The problems are also getting less and less as we learn how to negotiate our way through the system and the system is starting to realise exactly what we are doing.”

Some facts about Zimbabwe cannabis history

Cannabis sativa was cultivated and used in southern Africa for a long time. The use of cannabis in this area predated that of northerly strains like indica which is found in Morocco, India and Nepal. Cannabis was called mupanjere in Zimbabwe, which literally means the tree that gives wisdom. Today it is called mbanje. The ancient Zimbabweans called it gwenzi, which translates to herb. It was also known for healing the body and was commonly used by traditional healers to treat physical ailments like epilepsy. However, cannabis, in Zimbabwe, was best known for uplifting spirits and opening doors to the spiritual realm. It was crushed up into powder and mixed with snuff and sniffed through the nose. This was carried around in little antelope horns like those of the impala which had a compartment for carrying cannabis. These were known as zvipako.

Some background on Zimbabwe

Deforestation, soil erosion, land degradation, air and water pollution
The rhinoceros in Zimbabwe is on the endangered list