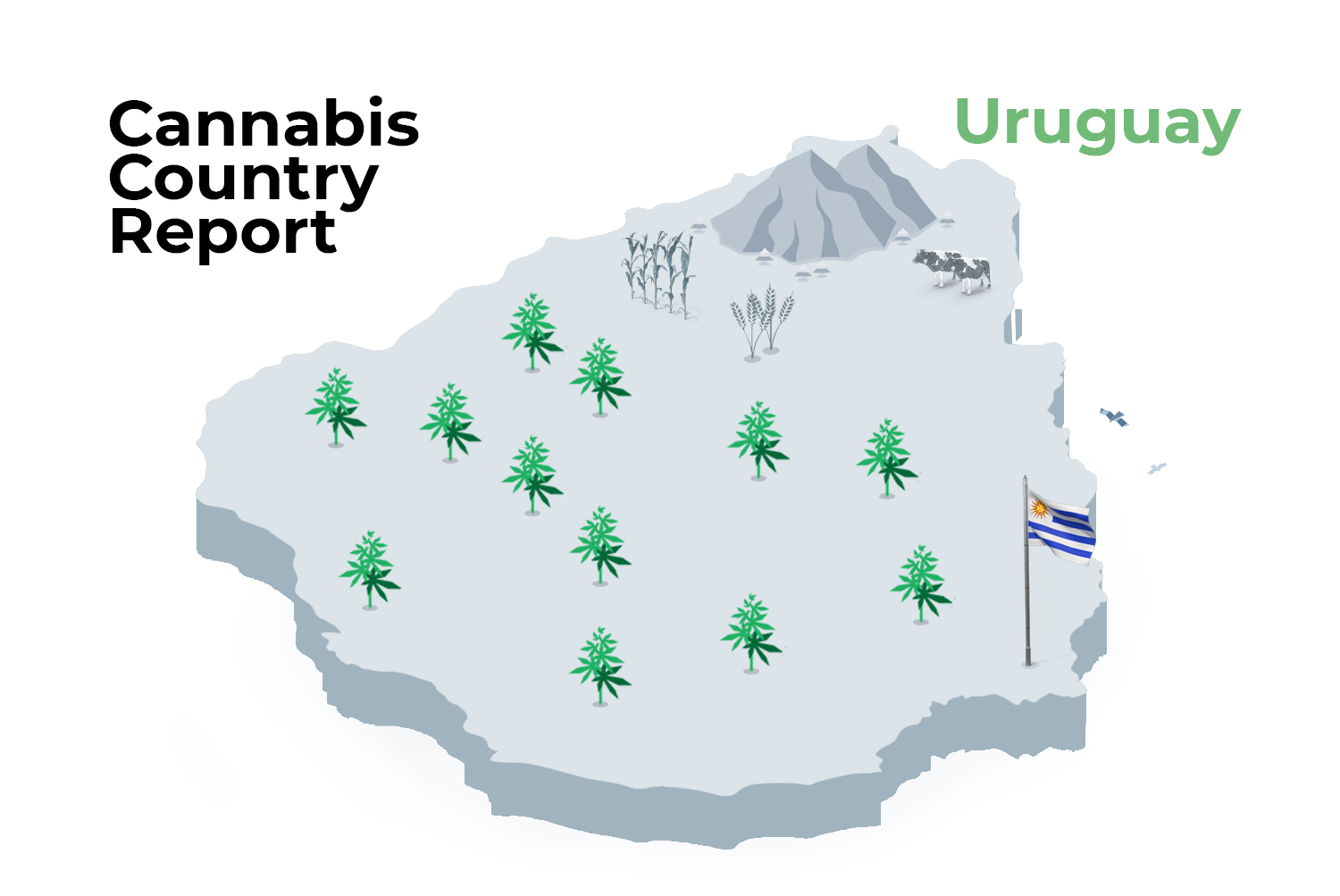 This cannabis country report Uruguay serves as an introduction to potential cannabis growers in Uruguay on how to legally grow and obtain cannabis. This information is relevant to all growers. The information was correct at the time of publication.

Cannabis is legal in Uruguay, and is one of the most widely used drugs in the nation.
President José Mujica signed legislation to legalize recreational cannabis in December 2013, making Uruguay the first country in the modern era to legalize cannabis. In August 2014, Uruguay legalized growing up to six plants at home, as well as the formation of growing clubs, a state-controlled marijuana dispensary regime, and the creation of a cannabis regulatory institute (Instituto de Regulación y Control del Cannabis or IRCCA). In October 2014 the Government began registering growers’ clubs, allowed in turn to grow a maximum of 99 cannabis plants annually. After a long delay in implementing the retail component of the law, in 2017 three companies originally won a government tender process to sell cannabis to the government who would supply authorized pharmacies.

The new laws were introduced by the socialist government to counteract the growing black market trade in marijuana and the accompanying violence and organised crime that went with it.

This law enables adults over the age of 18 to obtain up to 10 grams per week from their local pharmacist. Originally the law also guaranteed a price of $1 per gram of cannabis. The exact price has fluctuated since then and this ensures that the government has the competitive edge over illegal suppliers.

Companies that cultivate CBD have to export it as it is not permitted in Uruguay. There are CBD products are sold in pharmacies, but these are pharmaceutical products registered with the ministry of health. Patients need a doctor’s prescription to buy them. They are all made from imported raw material.

How to legally obtain cannabis in Uruguay

Uruguayans and legal residents must choose one of three legal ways to obtain non-medical cannabis by registering in a government database:

According to IRCCA nearly 32,000 people are registered to legally buy recreational cannabis in Uruguay. The average monthly purchase was 7.8 grams/month per buyer. Currently, a gram of cannabis is being sold for $1.40 in pharmacies, of which about 90 cents goes to the producer. A small fraction goes to the government, with the pharmacy receiving the rest.

The role of the IRCCA in the cannabis industry of Uruguay

The objective of the IRCCA is to regulate cannabis in all spheres and ensure compliance with Uruguayan legislation from a human rights perspective, which values quality public health, combating drug trafficking and the safety of its citizens.

Controlling bodies and license conditions in the Uruguayan cannabis industry

Who are the controlling bodies in Uruguay?

We got the license for recreational but as a company we aspire to take on medicinal, textiles and oil. It’s a one-million-dollar-plus investment, where you have a low price. The numbers are very tight, but the primary objective of all of this isn’t to become rich. The objective is to show the world that this is going well, not losing money but not becoming rich either. In any case, concerning profit margins there is always the pharmaceutical market. If we say, ‘as of now we will make pharmaceutical products and export them to Brazil alone,’ a country 50 times bigger than ours, that is where we would have the capacity for better margins. Yes, the price seems to me to be extremely low and it’s a big risk. More than anything there is a risk that when the five years of the license are up another government will have won elections. All this is shut down and then what do you do with everything you have made? But if everything goes well and our license is renewed and we begin producing a ton of other products that will be an interesting business.

Some background on Uruguay

Historians believe that Spaniards brought marijuana with them when the colonised the continent but there is also evidence that the ancient cultures of Mesoamerica were using various plants for traditional sacred rituals. Whether these were related in any way to cannabis is unknown. The Spanish also set up plentiful hemp plantations. Widespread cultivation continued for several centuries. Uruguay is unusual in that cannabis use was never classified as a criminal activity, even at the height of prohibition in the US.