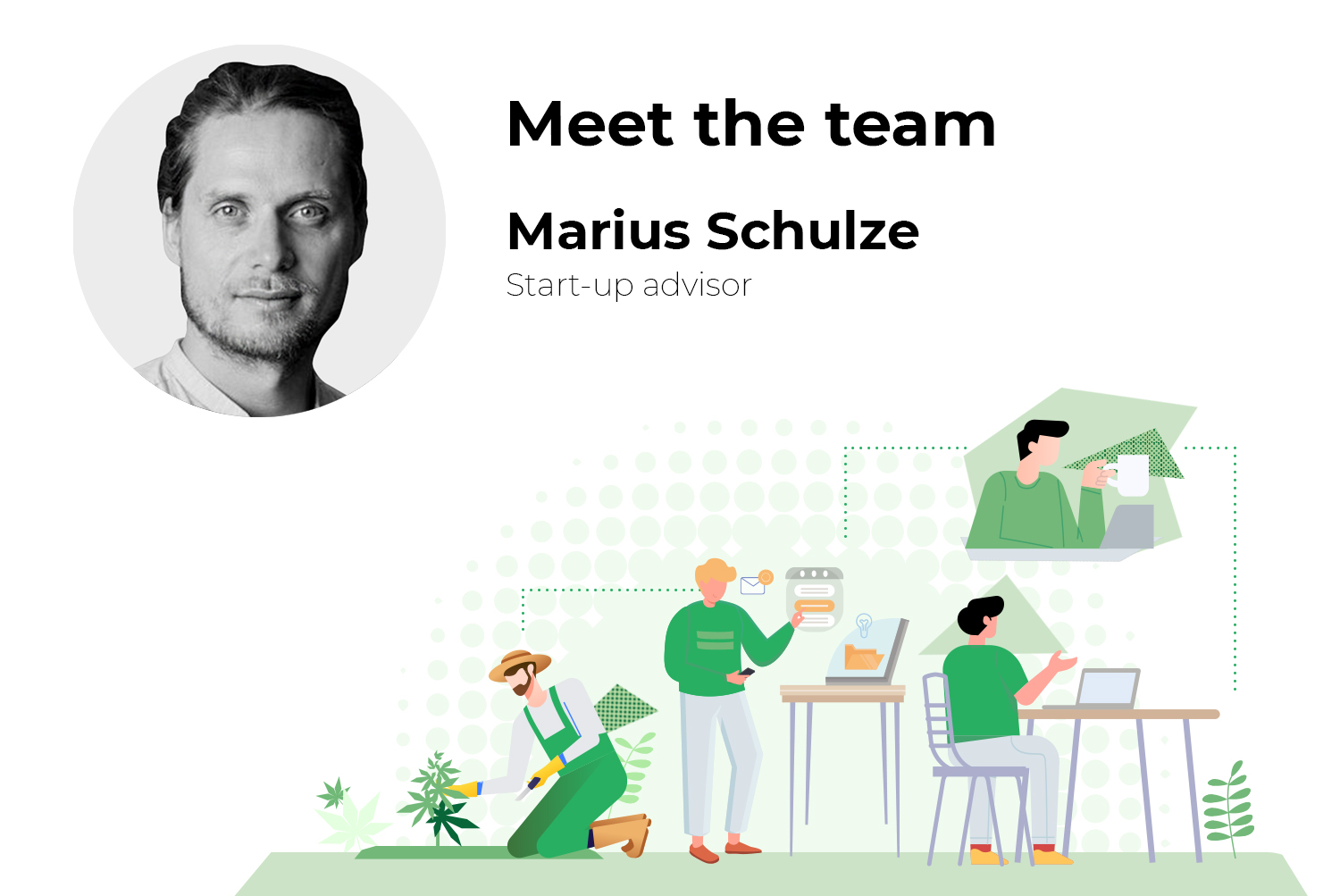 Behind every successful company is a motivated team with people that are sitting together in the trenches and bringing out vision further one day at a time. We are happy and proud to share more about the creatives, the tech team and the general ecosystem of people that have brought CANNAVIGIA to where it is today.

Marius has more than 14 years of experience as an entrepreneur. He has a degree in business information technology and has invested in over 20 startups and helped them build their brands. He founded “MAKERS”, a Berlin-based company for company development. Between 2014 and 2017 several MAKERS startups were awarded with the “Fast 50 Rising Star” for Germany’s fastest growing startups. At the same time, Marius is an “angel investor”. In this role, he invested early in “ResearchGate”, the Facebook for scientists. Marius is a recipient of the Medal of Honor of the German Bundeswehr. His first engagement in the Cannabis space was being part of the advisory board of the software company Vigia AG / Cannavigia in 2019. Two years later he made his first investment by backing up the fast growing start-up and taking an active role as their CRO (Chief Revenue Officer) to guide them through the scale up process.

Marius, what do you do at Cannavigia?

My understanding of CRO position is meant to create a seemless customer experience which leads to happy and paying clients.

What is your favourite aspect of working with Cannavigia?

The ability of the team to simplify processes according to the needs of the industry and how they have developed the software hand-in-hand with industry players and therefore have made sure to always be market fit. Thinking back on the first time I was walked through a cultivation with an idea and how just under two years later the software is being used across various industry players from large to small and the adaptability of the team I would say is my favourite feature.

WHAT IS THE MOST EXCITING DEVELOPMENT THAT YOU WERE PART OF SINCE YOU JOINED THE TEAM?

We have been rolling out the cultivation module (GACP) quite successfully in various countries and on three continents over the last 12 months. It was super exciting to see the adaptability rate at which the software is being implemented and how much added value it brings our customers. In the quality control we usually deal with a specific kind of people and if you can get a head of quality excited about a new project or a new software in this case it really feels like we must have done something right.

Where do you see the Cannabis industry going and why do you think transparency and compliance has a justified place in it?

The biggest stumbling block in taking the cannabis industry to the next level is a lack of regulation. Cannavigia provides the missing building block for the European cannabis world. Once compliance is an integral part of the industry solid growth driven by VC’s and relaxed legislations will be possible.

Ha. I have recently decided to spend more time in the tropics to get more work-life balance but what I like to do most are sports, specifically tennis and further deep dives into the human mind and how psychology can affect all aspects of our lives and the lives of the people around us.

One thought on “Meet the team: Marius Schulze”