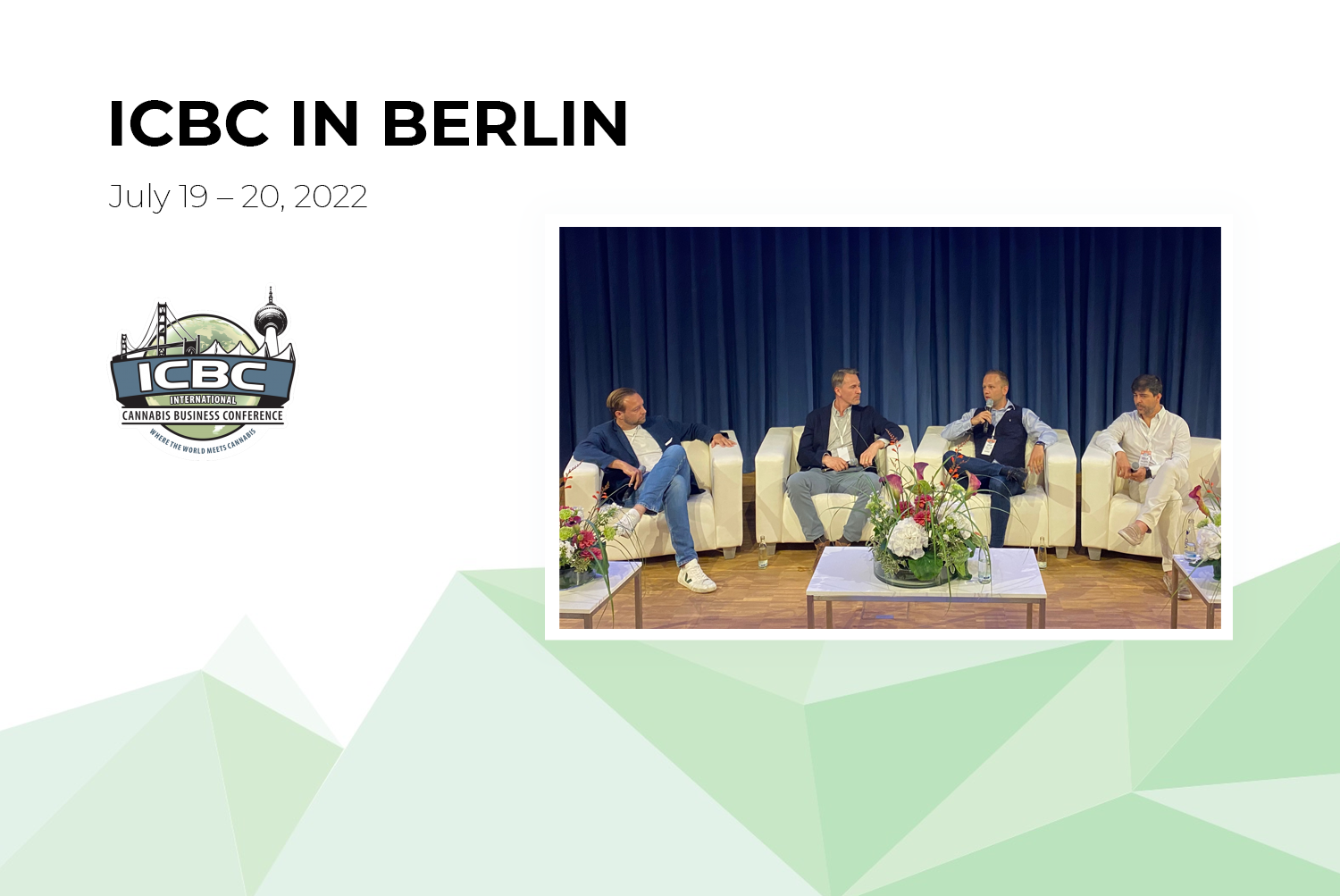 There was a slight rise in the noise levels of Berlin last week when the ICBC came to town. It may have been hot, but it did not prevent the necessary business that the conference is known for to slow down. The get-together is slowly building its way up to pre-Covid levels and with everybody who is anybody in the business, a lot was accomplished and a lot was discussed. When the cannabis industry meets in Berlin, Cannavigia is right in the midst of it – this year with its own stand and as head of a panel

In the panel led by Cannavigia CEO, Luc Richner, three experts from three different countries Jörg Meyer-Brenken, Sonny Moerenhout and Aldo Vidinha discussed European Adult-Use Cannabis Legalisation Models. After the panel ended, Cannavigia caught up with some of the participants to ask some questions.

Find the link to the panel after this interview.

Why is the ICBC and the panel such as the one you participated in, important for the industry?

It brings industry participants together and helps to build the industry. It also builds an exchange between different countries and different companies. With regards to the panels: It allows us to look around us and reflect on what is happening. I would like to see more government involvement in the panels as well as dissenting views.

The standards for pharmaceutical cannabis are the highest of the high standards as it should be. It’s a medical product and therefore there can be no room for error. These standards do not have to be upheld for recreational products, but there has to be some standards – compliance, transparency, tobacco laws, food laws, alcohol laws. No product should ever hit the market without any kind of standards.

At the moment every European country takes different steps when it comes to legalization. Do you think that the national character of a country is reflected in its approach?

How are we going to harmonise the different European countries’s different laws?

Legislation should be harmonised eventually as more and more countries start moving in the same direction and start having dialogue. There should be a big push from the industry to make this happen, otherwise it will become a problem if every country continues to do their own thing. The last thing anybody wants is the problems that arose in the US and Canada where things were done in a different way. In Europe at the moment everybody is pulling in their own direction and it will be up to the industry to start steering that in the right direction.

At the moment every European country takes different steps when it comes to legalisation. Do you think that the national character of a country is reflected in its approach?

Most people think that cannabis is legal in Holland and that is not the case. It is tolerated and the supply chain is in place with the coffeeshops and that’s how the Dutch are. They always find the middle way. If you look at Germany there are lots of different rules even though it’s not legal yet. So perhaps it is reflective.

Will Europe ever be in a place where the laws are more or less the same?

The first step is to get cannabis off the narcotics list at the UN. That is still not the case, only allowed for medical and scientific purpose. Therefore the Dutch created the coffeeshop experiment to stay within the boundaries of UN’s single convention.  Harmonization of the laws are important but it will take years to come to this point. The more countries going into direction of legalizing the earlier we will have it.

No. All governments that are moving towards legalisation will be sticking to the same rules. Standards should not be lowered. We have rules for food and beverages these rules prevent us from eating things that we shouldn’t. The same should be for cannabis as we need safe and standardized products. In other words if it says 5% on the packaging it must contain it.

During the panel discussion you expressed the view that home growing should not be allowed. Do you want to expand on that point?

We at Fluence are excited about the upcoming legalization of recreational cannabis in Germany. Three of the main goals of this legalization is to ensure product safety, protect minors and suppression of the black market according to the government. Personally, I like if home grow gets legalized, but we see the risk that the achievement of three goals could be jeopardized. We want to ensure this legalization is planned and implemented correctly.”

At the end GACP and GMP are practices to ensure product safety and patient safety. They could be also a good framework for recreational cannabis operations, but they should definitely not be enforced upon recreational cannabis growers. We need less restricted boundaries e.g for the deviation of Cannabinoid contents. As long as products are safe and labelled correctly, they should be good for distribution. It is then the choice of the consumer to decide if they want to use the product or not.

Watch the full video of the panel here:

One thought on “ICBC calling: the cannabis industry meets in Berlin”