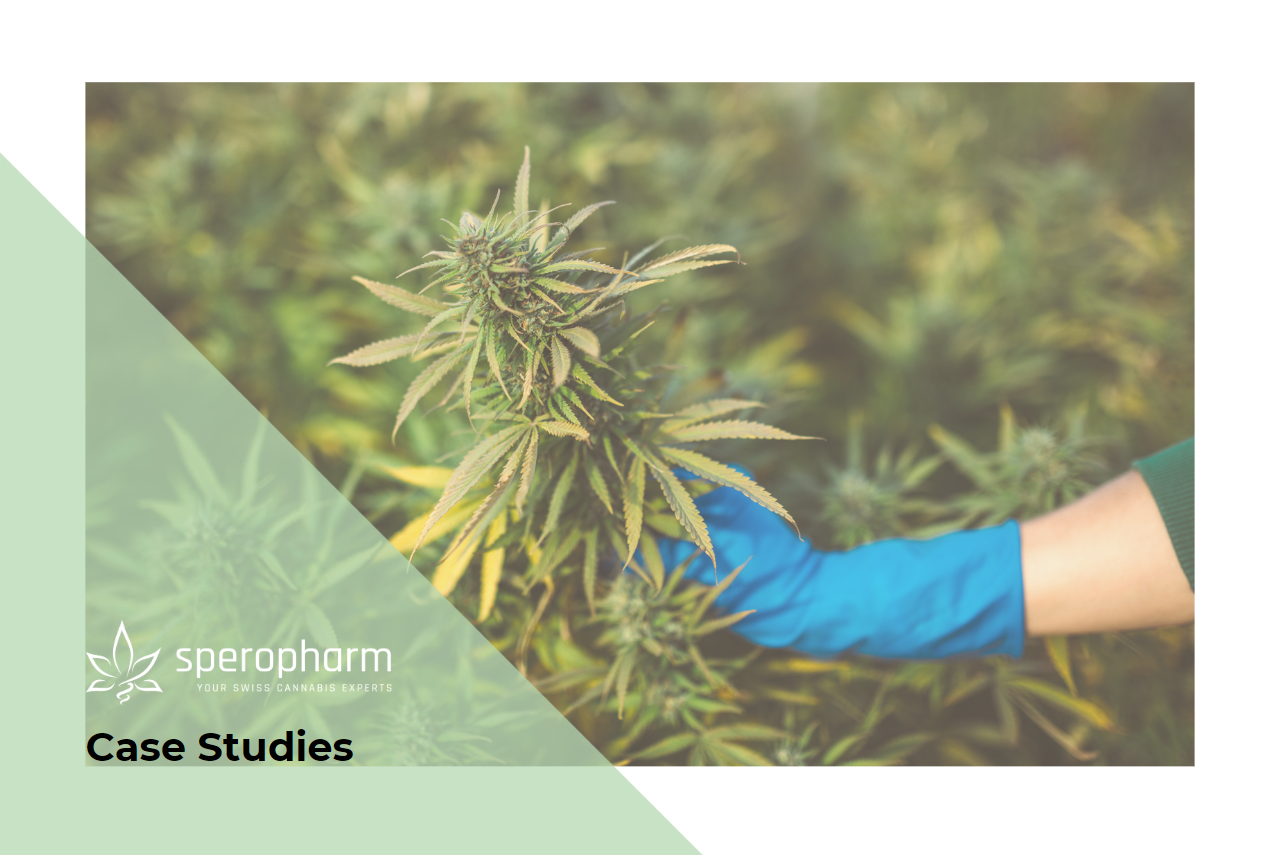 This case study about Speropharm shows what they use the Cannavigia software for and how they got full control over their cannabis cultivation.

Company & respondent at a glance

Speropharm is a Swiss-based company that grows cannabis on demand for a variety of clients. The CEO, Thomas Stalder, is an economist by trade and started a real estate company specialising in industrial estate when he was 25. During the expansion of this company he came across a business plan from a potential renter who was looking for a space to grow cannabis. Looking at the economics of the business plan he decided that he wanted to explore the avenue himself. At the same time, he was suffering from insomnia and after a successful course of CBD to cure this, he saw the potential of cannabis. He researched medicinal cannabis, looking at the GACP, GMP and other areas necessary to have a successful business in this market. Eighteen months ago he was approached by the two major shareholders of Speropharm to become the CEO and after three days of thinking, he accepted the position.

Currently the company has nine employees and everything happens under one roof in a stand-alone building. They only produce flowers and they received their GACP certification in March 2022. They are now converting CBD flowers into high THC medicinal cannabis.

Thomas and Speropharm faced a variety of problems they wanted to solve to structure the company as reliable and professional. They had issues with unstable genetics that lead to problems with yield. The other major issue was mother plants that were chosen incorrectly. Pricing went up and down and the volatility of the market meant that long term planning was difficult. Further, they had to dive into the economical part, the rules and regulations and connecting the pharma know-how with the whole command chain.

When I buy cheese in a grocery store every cheese has a batch number and an expiry date. If there is something wrong with it, they can track and trace all the cheese from that batch and recall it. They also have retention samples which can be analyzed to find out what the problem was. The logic is that this has to happen with cannabis as well.

To regulate their crop to the highest possible standards, Thomas and his team needed to be in total control of the situation. Wanting to be seen as a professional and a market leader, reliability was of utmost importance – both for the quality of their crop as well as the perception of the company. The logic was simple, according to Thomas: ”When I buy cheese in a grocery store every cheese has a batch number and an expiry date. If there is something wrong with it, they can track and trace all the cheese from that batch and recall it. They also have retention samples which can be analyzed to find out what the problem was. The logic is that this has to happen with cannabis as well”.

To track and trace their cannabis cultivation, Thomas and Speropharm chose Cannavigia as the software to help them. As with any change in an operational system, it took a while to get used to the new software, but perseverance paid off. “I know every room and I know in what phase every room is” says Thomas, “I know what plants are where and what genetics we have. I can plan my production in a very proper way and for me that’s the most important thing. I can track and trace and use the information.” With the help of Cannavigia they fine-tuned the software to fit Speropharm’s exact needs down to the smallest detail. Says Thomas: “I find that their software is growing month by month to iron out small issues and make it better.”

Do you want full control over your cultivation and plan your production in a proper and easy way? Get started now!