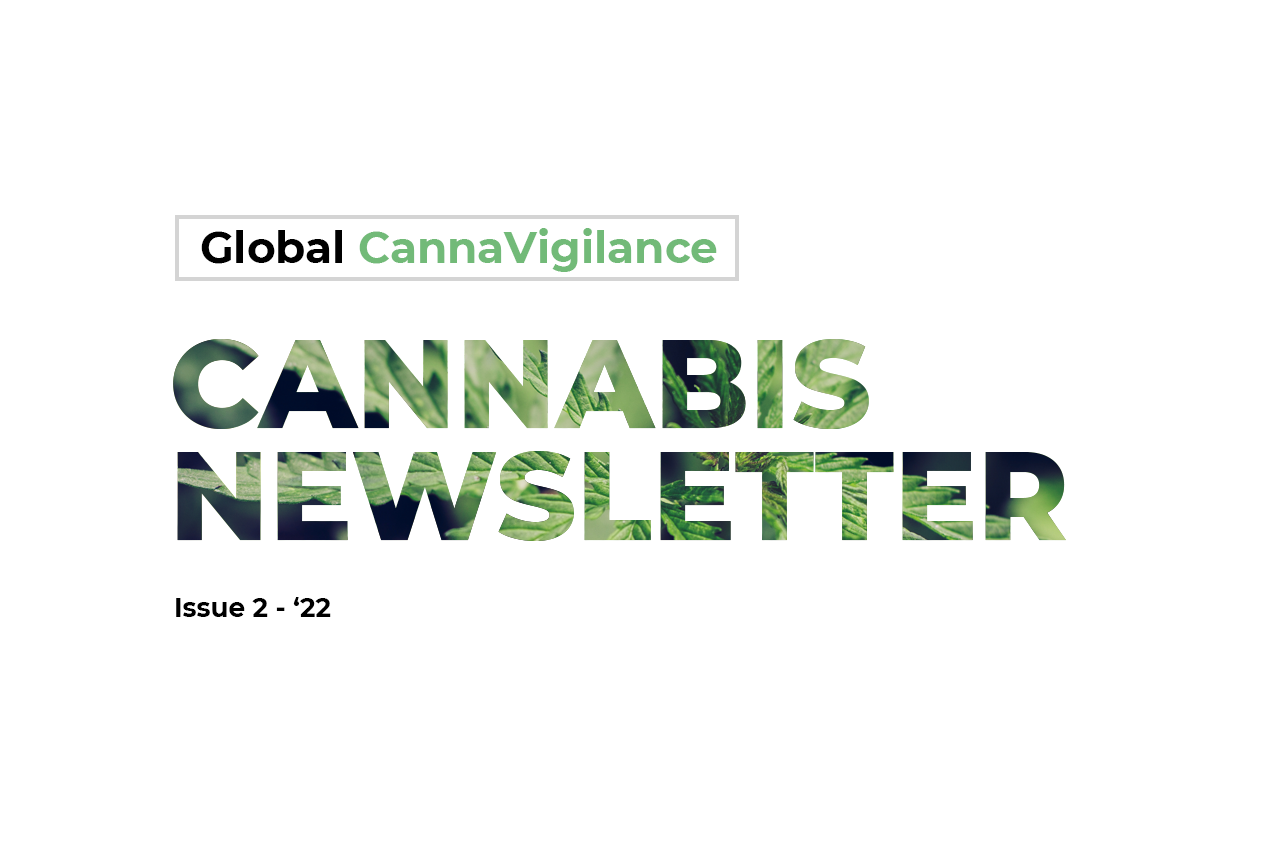 Welcome to “Global CannaVigilance” Cannavigia’s newsletter about what is happening in cannabis compliance standards and regulatory frameworks around the world.

There is a major shift throughout the cannabis landscape, from an un-transparent, illicit and therefore unregulated industry into a flourishing, legal and economically sustainable environment. To reach the full potential of cannabis and all its derived products, from CBD to hemp fiber, to THC-medical to -recreational there are many steps that need to be taken and hurdles that shall be overcome. What was unthinkable just a decade ago is turning into one of the biggest business opportunities and fastest-growing sectors.

With “Global CannaVigilance” you will be regularly updated about all things compliance, standards and regulations, the people behind, the regulatory bodies and the companies that are shaping this change

The week that was…

It was a week that saw a prince lose his job and a prime minister hang onto his, a tennis player kicked out of a country and CNN ratings in free fall. There was also a pesky little virus that infected millions, caused airline cancellations and must have upped the share price of mask manufacturers. In Colombia there was also happiness, but not about masks.

Colombia fires up the local market

Colombia seems to be on a roll when it comes to cannabis. After the legalisation of flower export last year that boosted the stagnating business big time and invigorated the small and medium growers, the government has now passed legislation that makes medical insurers pay for prescribed cannabis. The inclusion of medical cannabis in mandatory health coverage plans throughout Colombia is another step towards the creation of a robust national market. Our updated country report on Colombia can fill you in on all the other detail.

Cannabis can cure Covid…Part One

In a finding that had the media world wide salivating , it was claimed that cannabis can help us fight the virus. According to Forbes compounds in cannabis can prevent infection from the virus that causes Covid-19 by blocking its entry into cells according to a study published by Oregon State University.

But while the news even did the rounds on the late night US shows, Popular Science immediately published an article in which they claimed that the claim was rubbish. We quietly await somebody to tell us the true story.

Blame it on the Germans

Vice Magazine’s German edition kicked off the fortnight with a rant that insisted that the German government get their beer drinking ducks in a row and get the legalisation of recreational cannabis back on track.  .They actually call the government’s stalling a ”cowardly” act. After all the promises of November last year, the traffic light coalition came to a hard halt and there is an outrage from smoking voters about the promises broken. It’s also funny for a German piece. Ja, we forgot to mention that it was in German, but we’re all smart enough to know Google Translate, right? Then they followed it up with a piece praising the government about employing a cannabis activist as the new Drug Czar.

The New York Times also cashed in on the German situation  by visiting a town that they refuse to name and gushed over how German start-ups are getting ready for the ”bonanza” (their word, not ours) the pending legislation will bring. They did the full range of interviews with politicians, scientist, investors and all the associated hangers on that hope to cash in as well. Sticking to Germany and the recurring theme of Vice Magazine, this time in English, they walked the same route as The New York Times, but did it more in Vice style, as is to be expected, predicting a USD$4.5 billion green rush.

Spain has been treading water with their cannabis legislation, but speculation has it that there is some news in the pipeline that may possibly get announced at the The International Cannabis Business Conference in Barcelona in March.

According to Marijuana Moment Italian officials certified on Wednesday 12 January that activists collected enough signatures to place a marijuana legalization referendum on the country’s ballot this spring. If the courts allow the referendum to move forward, voters are expected to be given the chance to decide on the policy change sometime between April 15 and June 15.

The country of St Vincent and the Grenadines, has issued their first permit to export medical cannabis. The lucky recipient of the first batch of Jamaican cannabis will be Germany. The Agriculture Minister, Saboto Caesar has declared the country open for business and a desire to form new partnerships.

What will the government do with all this money?

States in the US that have legalized marijuana have collectively garnered more than $10 billion in cannabis tax revenue since the first legal sales started in 2014, according to a report released by the Marijuana Policy Project. This excludes tax revenue from separate medical cannabis programs that are in place in a majority of U.S. states.

In strong contrast to Boris Johnson’s threat that people who use ”lifestyle drugs” – his words, not ours – may lose their driver’s license or even have their passports cancelled, the mayor of London is reportedly planning to end the prosecution of young people caught with cannabis in the capital. Sadiq Khan is set to roll out a new scheme which will allow people under 25 caught with the drug to be offered speeding course-style classes or counselling.

Paraguay, the new kid on the block

Paraguay is positioning themselves as the new competitor in the medical cannabis market in South America. Its inexpensive electricity, low wages and established pharmaceutical industry gives it a chance to compete with pot-friendly countries such as Colombia and Uruguay. Marijuana production for medical purposes is currently limited to 12 local investors that obtained licenses in 2020. Three of those companies are already supplying CBD oil and capsules to pharmacies and Paraguay’s Health Ministry, said María Mercedes da Silva, who coordinates the nation’s medical cannabis programme.

When rights are wronged

The Khoisan were the first inhabitants of Southern Africa in the same way as the Aboriginals in Australia and the US’s First Nation. The generally accepted word for cannabis in South Africa, dagga, is an original Khoekhoe word. Since the arrival of democracy in South Africa in 1994 they have been fighting to be awarded ancestral land and to have their language recognised as one of the country’s eleven official languages, but to no avail. The self-declared leader of the Khoisan, King Khoisan and his extended family has been camped out in the garden of the Union Building, the seat of government in Pretoria, for the past three years. As part of the sit-in they started growing their traditional crop, dagga in the government garden. This week they were arrested for growing it illegally. They were also charged with not wearing a medical mask in public.