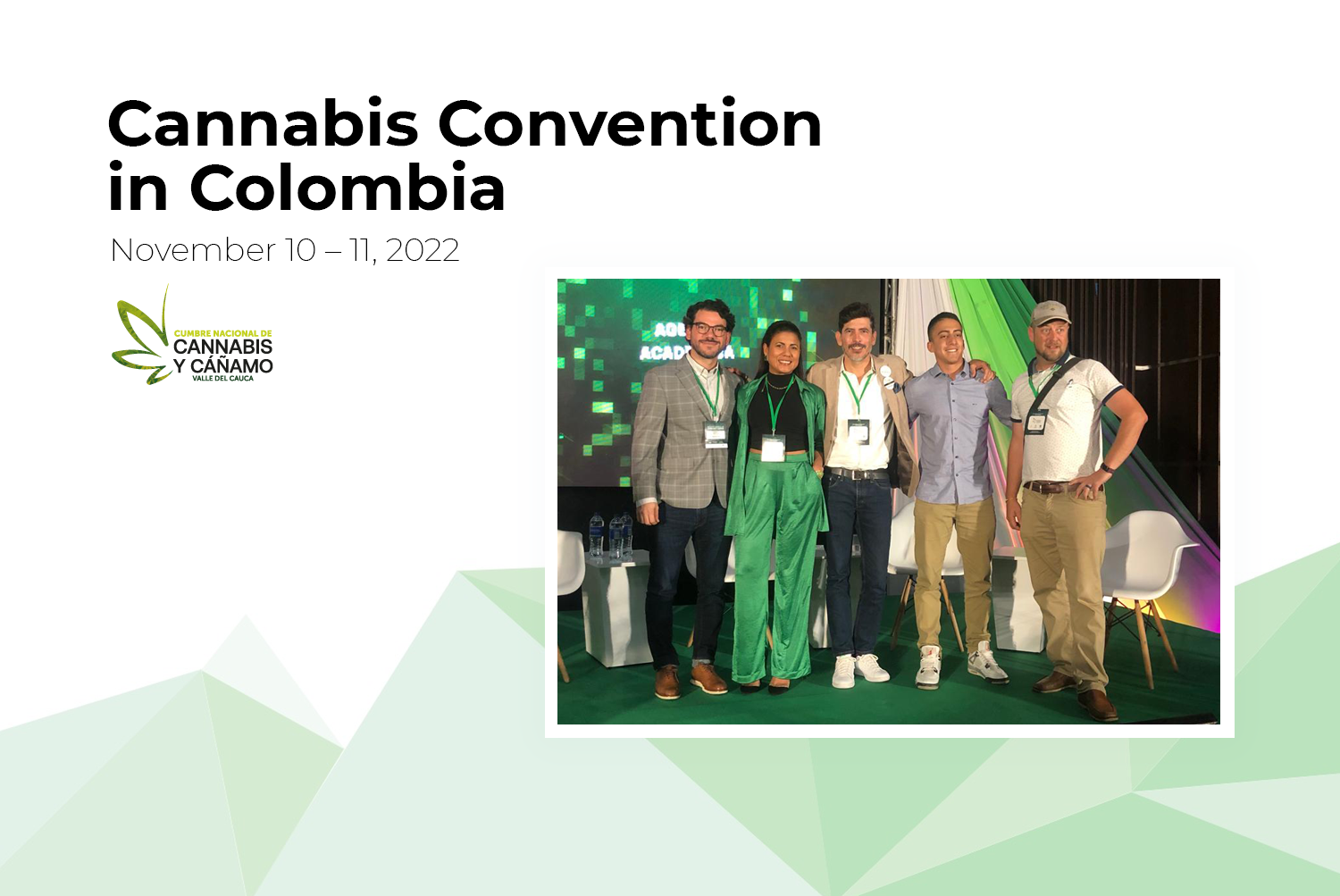 On 10 and 11 November the Cumbre Nacional de Cannabis y Canamo happened in Cali, Colombia. Our man on the ground there, Andres Nitola (pictured left) attended to see what is going on. In this conversation with him we talk about the purpose of the convention, what’s happening in Colombia and the neighbouring countries and where he sees the future of cannabis in Colombia.

The expo was held in Cali, a city known for cannabis but not necessarily the good side of cannabis. Is this part of a rehabilitation process?

Cali is historically the third largest city in Colombia. Cali was put on the map since the 1970s for their illegal drug business. One of the reasons for this is because it’s close to a port. The government has been fighting this for many years. Because of the success of the government campaign to get rid of illegal trafficking, the city’s economy has declined a lot. So, there is a huge push from Cali to establish itself as a place to grow legal cannabis. And it makes a lot of sense because most of the Colombian pharmaceutical industry is in that region.

What was the main thrust of the expo?

The main focus of the expo was the small growers. The idea is to bring these traditional small farmers up to date with regulations, certification and new technology. They want to show them that there is a world outside their farm where things are getting done correctly. One of the talks was about quality and mostly people believe that quality means more THC. The idea is to show them that it’s not about that. That it’s more about certification, consistency and all of the other quantifiable properties. The expo was showing the smaller growers that if they want to compete with the larger ones outside Colombia, they have to learn a lot of new things.

What role did Cannavigia play in the expo?

We were invited to the show. It was a small, local show aimed at that particular region. We spoke about different certifications and technology which is where we position ourselves. There were four groups of speakers and various panels. One of the difficult things for people to understand is the importance of the GACP and GMP rules if they want to do business with Europe. A lot of the growers are starting to realise that they have to do something about it because a few years ago people came into this industry thing that they are going to become rich quickly. It’s still happening, but there is also a realization that there are rules that need to be adhered to. Because domestic production is way larger than domestic demand it means that they have to start looking at other markets. If they want to put US dollars or Euros in their pocket there is a different set of rules. The concept that this is a non-negotiable issue is starting to filter through.

What is the cannabis situation in Colombia at the moment – the feeling of the people?

You’ll be surprised at how positive the reception has been towards medical marijuana and the supplement side. My mother is really conservative and religious and on top of that she’s married to an American that used to work for the DEA. When I started working in this business I was a little bit afraid of telling her this. Then she had a problem with severe muscle pain and I took her something with cannabis and she saw that it worked and it changed her whole attitude towards it. And she’s not the only one. When people start realizing that it has healing properties and it’s not only a recreational drug, the change starts and people start embracing it. The change over the past two or three years has been remarkable. You can now start seeing it in the supermarkets. There is a huge divide between the medical and the recreational though especially from the conservative, religious side. Depending on whether the government is right wing or left wing, it swings. But there is no huge majority on either side.

What changes in law and support from the government has happened over the past few years to help the farmers?

The approval of non-THC products for non-edibles was a major step forward for us. This meant seeing products in the market and by seeing it, people get used to it – moving from “that’s bad” to “it has good qualities”. Then the second push forward was the government’s decision to approve the export of flowers. There were large amounts of stock stuck in warehouses and this helped to clear it and bring a much needed income to growers.

What’s happening with the neighbouring countries?

Well, Venezuela…nothing is happening there. Ecuador is in a similar position as Colombia. Peru is lagging behind because they have so many political issues that cannabis legislation is not a priority. Brazil is not allowing any growing, which is good for us because it means they will import some of our product. Panama will be issuing 15 licenses and there is a lot of foreign investment. Panama and who is getting the licenses is a bit opaque at the moment. What is happening in a lot of countries around us is that politicians are investing because they know the change is coming, but the private sector is kept in the dark.

Where is cannabis moving towards in Colombia?

When you think of coffee, you think of Colombia because what we produce is the best in the world. But it’s easier to go to a Starbucks and get a coffee than it is to get a Colombian coffee. In Colombia we grow things, the have the land and we have the climate. We should be delivering quality product and that product should be available everywhere. It would be nice if we can become the pharmacy of the world. It won’t be easy because when you look at Uruguay – they have a great set of rules and a great system that’s been built up (read the country report about Uruguay here). We are not there yet, but we are on the right path. A lot of cures at the moment are lab created products by pharmaceutical companies. Cannabis is real and natural and eventually it will be everywhere.

If you are interested in the Colombian cannabis market, read the country report here. If you have any questions or need help adhering to regulations, get in touch!