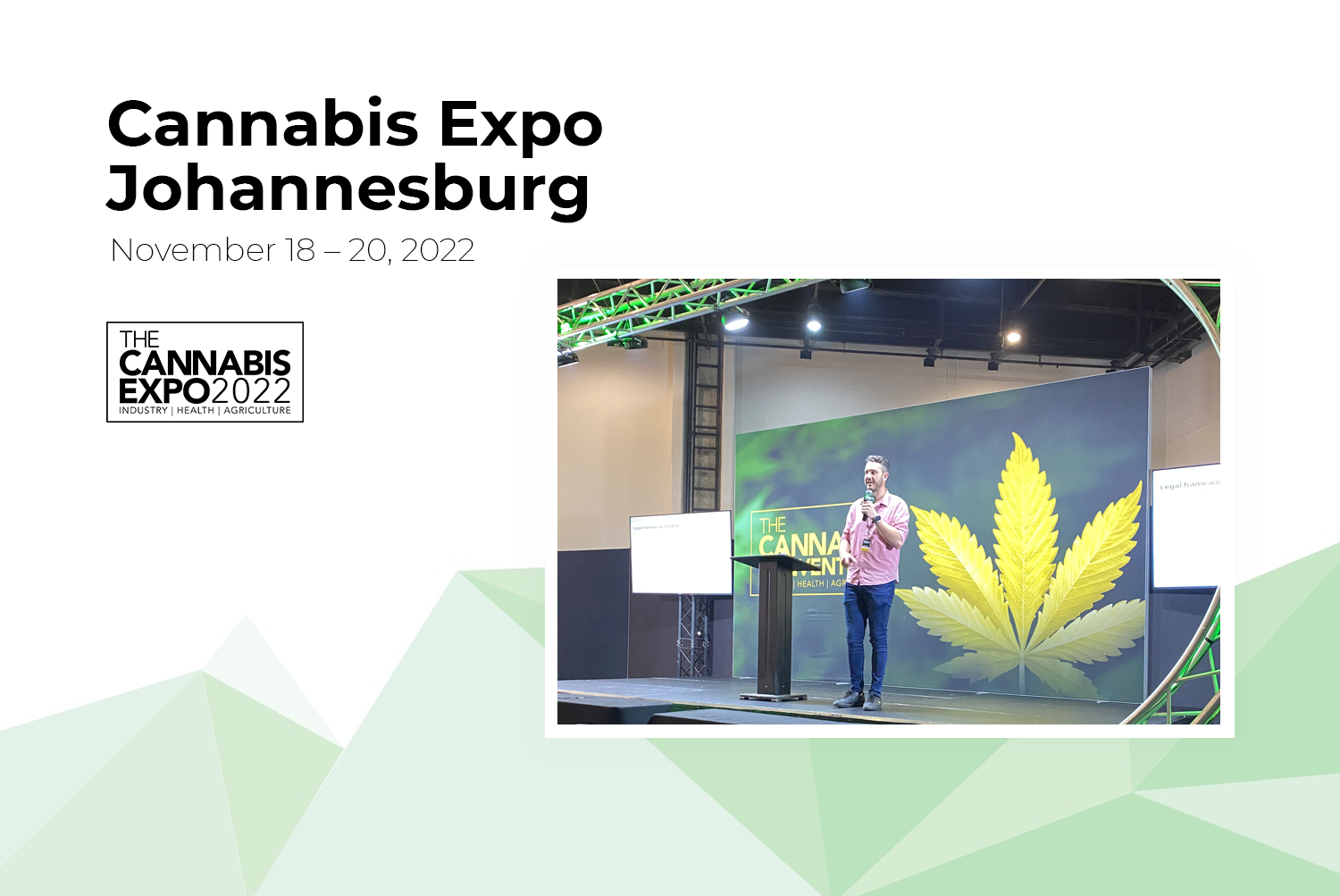 At almost 2000 meters above sea level, Johannesburg is one of the highest cities in the world to have a cannabis expo. The Cannabis Expo Johannesburg had another high note when the landlords closed one of the main attractions down (read more here). Never short of drama, the cannabis industry in South Africa is dealing with both drawbacks, highlights and slow but sure progress. Our man in on the ground, Wesley Petzer, had a conversation with us to bring us up to date about what is going down.

What is the focus of The Cannabis Expo Johannesburg?

It’s here to bring different people together. It’s different from a lot of other expos as they are split up between business to consumer and business to business expos. The South African market is smaller, so they combine the two. People are starting to see what’s behind big cannabis. I am constantly amazed at the technology that we get to see. For consumers to see what is going into high-end cannabis is amazing. So, with the two markets getting exposed to each other it serves as a window in the other’s world. It’s also a time for business people from all over southern Africa to get together and have some good conversations about different clients, who’s working on what, who needs help and what are the referrals. We meet a lot of clientele coming through to the expo and meet a lot of people that we already know. A lot of us have the same issues, so it’s a good place to compare notes. The Johannesburg expo also attracts people from outside the borders of South Africa – Botswana, Zimbabwe, Lesotho…South Africa is a central hub and this expo seems to be the one that serves as the get together place.

Where do things stand with cannabis in South Africa at the moment?

There are a few things at play at the moment. Everybody is pushing for the local market to open up on the recreational side. There are systems in place for the medical side to take place and that has finally kicked off. The government hasn’t requested medical trials but we are doing it anyway, so if there is anybody in government that is on the fence, we can show them the facts. The medical trial is the closest thing we can do that is similar to anything happening in Europe. At the expo Garth Strachan, who works directly with the President on the cannabis masterplan, had a great talk. His job is to create the framework for the industry. The biggest challenge at the moment is what parts of the industry fits into what government department. Because this hasn’t been decided yet, the level of confusion is high. At the moment we need input from the private sector that is not self-serving to get this off the ground.

What is happening in the rest of southern Africa?

There are different approaches by different countries. Lesotho (read the country report here) was first but their industry has been in decline because there were some issues. South Africa retains the status as a safer investment for business, transport, logistics etcetera. The moment South Africa opened up for business, a lot of the Lesotho-based companies relocated. Lesotho is currently reassessing what they are doing, wanting to build it up again.

Zimbabwe (read the country report here) has a bit more framework which includes allowing the people who have the licenses to decide what they are doing. This isn’t ideal, but they are moving forward so the producers are creating product to the client’s standards rather than a general standard that may be higher than what the client needs.

In South Africa (read the country report here) the rules determine that the barriers are very high and this costs a lot of money which sometimes makes things like extraction not economically viable. Zimbabwe says you can get the license and then balance out your standards, which puts them over the edge when it comes to producing bulk materials.

Botswana is difficult to get an answer from. The government has reached out to the private sector to help create the framework but they do not want to get involved citing conflict of interest. They have a history of waiting for South Africa to finalise things and then copying it, but the big question is why they want to do that. They might as well go to Europe and for instance copy Swiss law. If you are going to copy, copy from the best because if things go wrong you won’t get blamed.

Eswatini is interested, but it is a very politically loaded landscape. They have always been a cannabis hub and a lot of people know their product. Because of the political issues, very few companies are going to invest there just yet.

Malawi of course is making huge inroads. They are putting their heads down and working it and being very successful at it. Malawi is on its way to become a big player in the industry. South Africa needs to be very, very careful because when you start searching where you want to invest, Malawi may look more attractive than South Africa in the future. Malawi wants it and they are going for it.

What can we expect from the cannabis industry in South Africa in the future?

As I mentioned earlier, the big issue at the moment is the non-existence of the base macro framework. We do have a lot of local government doing projects like the one in Bergville. I had a conversation with a major government player in one of South Africa’s largest Metros, and his direct words were “we are trying to make things happen”. The movement forward is there even if it’s currently mainly on local level. Most local governments are trying to create a hub and this is good news for the industry. It’s our job to pick the right partners and start working with them because they will help to fight the government battle just as much as the private side.

What is Cannavigia’s involvement in the expo?

We show up, we are consistent and we are showing that we are not going anywhere. We are here to stay. We are commited, reliable and we are setting a standard. We are in this business to drive it forward. We are involved in a lot of panel discussion, because sharing knowledge is how we help the industry grow. We are not only focused on selling our product, we are also focused on sharing the knowledge and helping to create a client friendly market. We take this knowledge that we have acquired from all over the world and we are presenting it to South Africa to make everybody smarter and help them understand things better. And we take what we learn into the other countries. The most important person is one that understands exactly what they are getting into and we like to play a role in that process. Everybody that gets into this business and fails, sets the industry back. So Cannavigia’s focus is allowing us to build our industry.

If you have any questions about the cannabis industry of South Africa or surrounding countries, contact us!