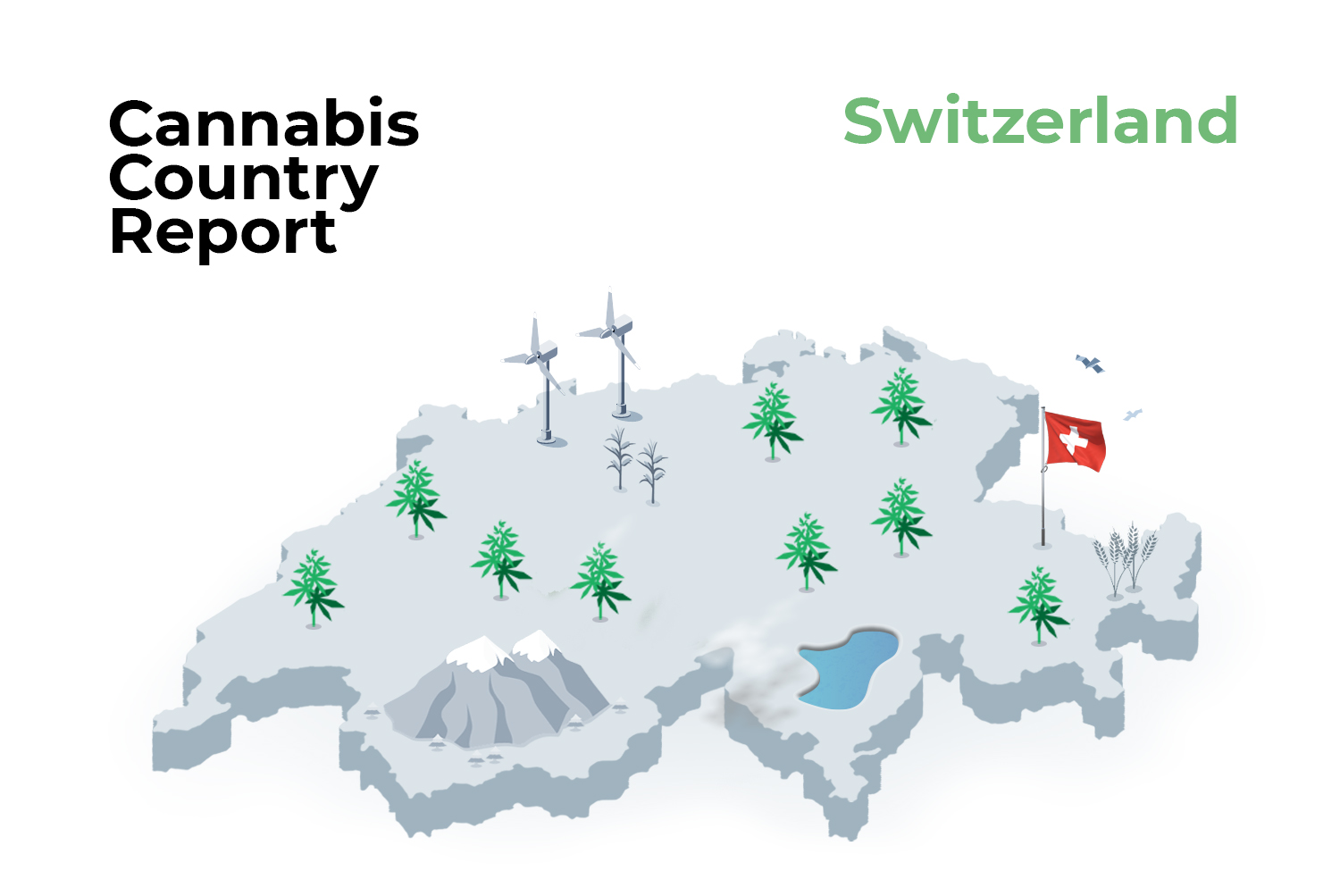 This cannabis country report Switzerland serves as an introduction to potential cannabis growers in Switzerland. This information is relevant to all growers. The information was correct at the time of publication.

The total number of medical and recreational cannabis users in Switzerland is estimated to be around 500,000 among a population of 8 million. The recreational use of cannabis in Switzerland is in general illegal, though minor possession of up to 10 grams was decriminalized to a small fine in 2012. In 2016, four cities stated they were looking into establishing pilot cannabis clubs for the purpose of evaluating scientific data on the impact of full cannabis legalization. This set a political and legislative process in motion that culminated in the establishment of controlled cannabis trials for recreational use that will start in the coming months.

The Federal Office of Public Health (FOPH) approved the first application for a cannabis pilot trial in Basel-Stadt on April 19, 2022 (read here the media release in German). It is a joint project of the University of Basel, the University Psychiatric Clinics and the Department of Health Basel-Stadt to sell cannabis in pharmacies.

Cannavigia has won the FOPH’s official tender for the track & trace contract and is supporting the pilot trial in Basel-Stadt and all following trials. The cultivation, distribution and dispensing of the non-medical cannabis is tracked via the Cannavigia software. The transparency of the software ensures that the entire process from cultivation to dispensing is controlled. In this way, Cannavigia helps to generate a strong scientific basis for possible decisions to regulate the handling of cannabis.

The current legal situation in Switzerland

Since 2017, legal cannabis, also known as “low-THC weed”, with less than 1.0% of THC is sold at nearly every tobacco store in the form of smokeable cannabis flower.

In October 2021 a major hurdle was crossed to initiate cannabis legalization in Switzerland which sets the stage for Switzerland to emerge as a market leader in this field. The production, cultivation, trade and consumption of cannabis should no longer be banned in Switzerland after a commission investigating the drug said the laws should be changed.

The Social Security and Health Commission of the Council of States (SGK-S) said cannabis should be regulated in Switzerland in order to control the “cannabis market for better youth and consumer protection”. The aim of the SGK-S is to eliminate the black market for the drug in Switzerland. Despite these promising developments, Swiss precision will make sure that it is still a while before the laws are drawn up and passed.

1. Usage of medical cannabis in Switzerland

2. The CBD market in Switzerland

The growing of hemp with a THC of less than 1% (also referred to as the CBD market) is unregulated and no license is needed. Farmers could realistically expect to earn 10,000 francs per are (one percent of hectare) with the crop.

On 25 September 2020, Swiss parliament approved an amendment to the Federal Act on Narcotics and Psychotropic Substances, which came into effect on 15 May 2021. The amendment provides the legal basis for scientific trials with selected groups of recreational cannabis users residing in Switzerland, and establishes a federally regulated cultivation and harvesting process for narcotic cannabis with dosage/potency limitations (20% THC), limits for pesticide residues, and warning label requirements. Additives to cannabis products will also have to undergo federal approval and need to be declared. Federal ordinances will remain in effect for 10 years, determining the individual criteria for trial participants, and regulating the national production and trade of psychotropic cannabis.

A number of larger Swiss cities and municipalities have expressed interest in participating in those trials but will have to prove first that recreational cannabis is not negatively affecting the well-being of the general population. Starting in 2022, approved Swiss cannabis users will have the opportunity to obtain cannabis at local pharmacies, selected dispensaries and social clubs under these strict regulations set forth by the Federal Office of Public Health.

The three-and-a-half year pilot scheme allows cities to conduct scientific studies on the effects of the cannabis market and of the recreational use of the drug. The ‘Züri Can – Cannabis with Responsibility’ study will start in the autumn of 2022, making different products available, with different levels of THC/CBD ratios.

Local manufacturers must have a production permit from the Federal Office of Public Health, ensuring quality standards. Consumers of cannabis products will also be limited to protect health, public safety and minors.

The Züri Can trial will be supervised by the psychiatric hospital of the University of Zurich.

Some issues, some good news and some advice

On paper this all looks great, but practically there are some issues that you should consider when setting up growing operations in Switzerland.

Now for some good news

Advice from an experienced Swiss grower

Some facts about Switzerland

The Swiss parliament adopted its first narcotics law in 1924 to allow the country to ratify the International Opium Convention of 1912. Cannabis was included on the list of controlled substances in 1951, when the law underwent its first full revision. It remains somewhat unclear why cannabis was put under control as the use of the substance was largely unknown in the country at that time. Cannabis use developed among the country’s youth during the second half of the 1960s. In 1969, about 500 drug-law offences were registered – mostly for cannabis use and possession – and 60kg of hashish were seized. The same year the Swiss Federal Court ruled that the use of drugs, which had not hitherto been an offence, was equivalent to the possession of drugs and should be prosecuted accordingly. The number of cannabis-related offences grew rapidly at that time and this contributed – alongside the emergence of a heroin problem – to a second revision of the narcotics law lasting from 1971 to 1975. Its two main aims were to provide help to existing drug users and to fight drug trafficking. Two visions of drug policy clashed during the parliamentary debates: one wanted to criminalise drug use in order to combat drug trafficking, promote public order and reinforce prevention. The second pointed to the contradictions of a policy seeking at the same time to punish and to help drug users.