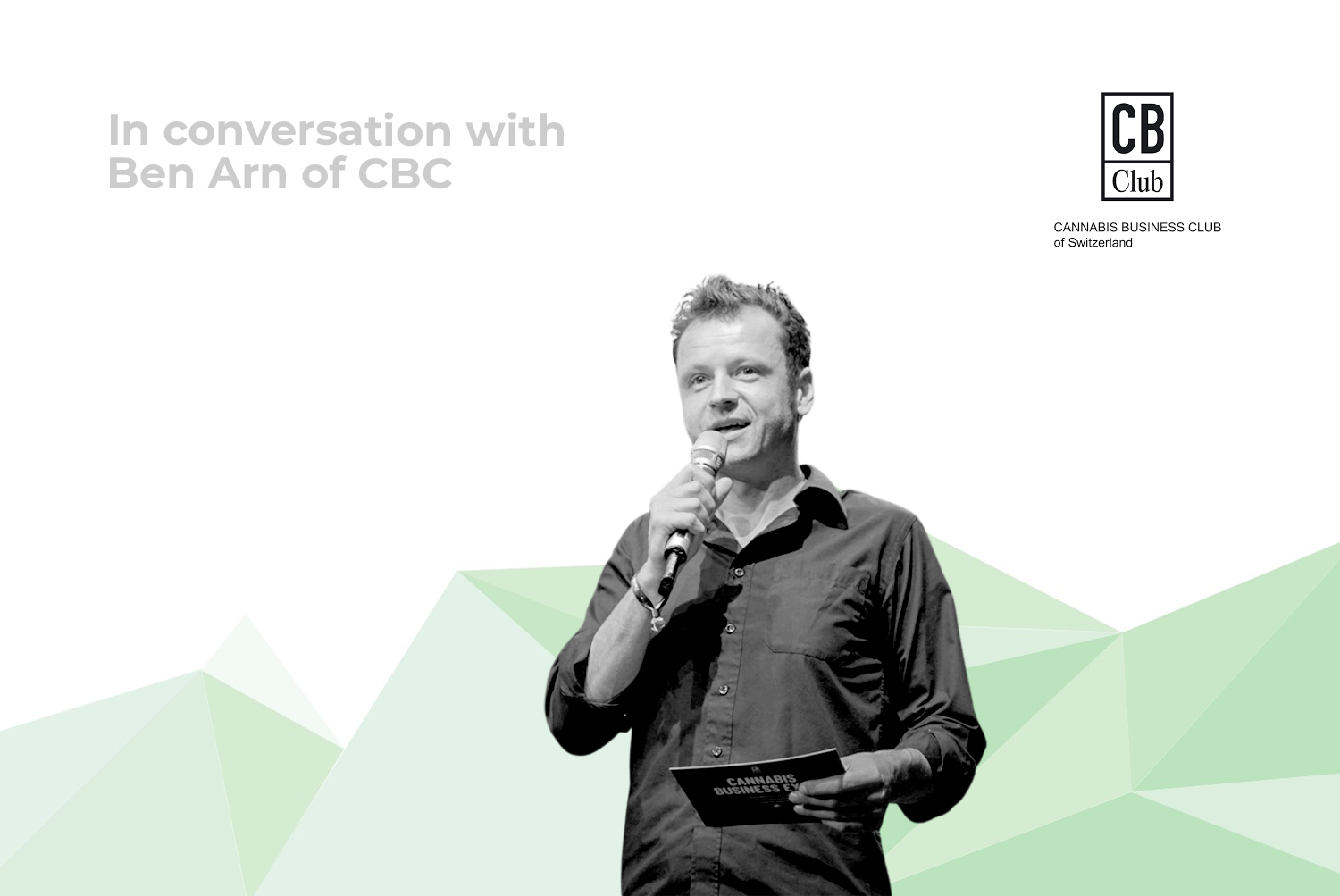 Cannabis Business Club of Switzerland on April 14th in Zurich

The Cannabis Business Club of Switzerland (CBC) is having its first get together in almost two years on 14 April in Zurich. We spoke to Ben Arn, the organizer of these events, about what participants can expect and the future of cannabis in Switzerland.

What exactly is the Cannabis Business Club?

The Cannabis Business Club (CBC) is an event that was born during the Covid restrictions. We were forced to start a smaller event and came up with the idea of something more exclusive. At the conventions and trade fairs there are thousands of people and contact and communication is superficial. At CBC it’s all about the 200 people attending and in-person meetings, networking and of course input. We have a round-up of all the important topics in the industry at the moment, timed to give optimum info in as short a period of time as possible.

What are Cannabis Business Club’s goals for the long run?

We will be keeping it the way it is, never exceeding the 200 attendees that we have set as a limit. The idea is to keep it small, intimate and exclusive. We will continue to offer interesting topics to interesting people and become a collector of ideas. The idea is good and effective and it works for a more exclusive audience.

How do you see the future of adult use cannabis in Switzerland?

Well, the pilot process has started. I do not see us developing a wild market like in the USA with all the edibles and the gadgets and the hyped stuff. I see licensed stores where you can buy flowers, hash and liquid that is not too strong. I see the ban on tobacco and alcohol advertising extended into the cannabis business and the general smoking ban being implemented. I see this happening by 2025.

That has finally started and by the third quarter of this year it will be instant access for whatever reason. The education of both doctors and pharmacists is very important. I think that the market will be as big as the money spent on promoting it.

How do we convince elder people after several years of misinformation that cannabis can be good for their health?

Three or four years ago it was a problem. Now, not so much. People are telling you that their uncle or grandmother is taking it. And it seems that everybody is using it. The media has played a big role in normalizing it and people’s heads are changing.

If you would like to attend the Cannabis Business Club in Zurich on 14 April, sign in here. Or schedule a meeting with us when you happen to be in Zurich around this time.

3 thoughts on “Cannabis Business Club Of Switzerland In Zurich”