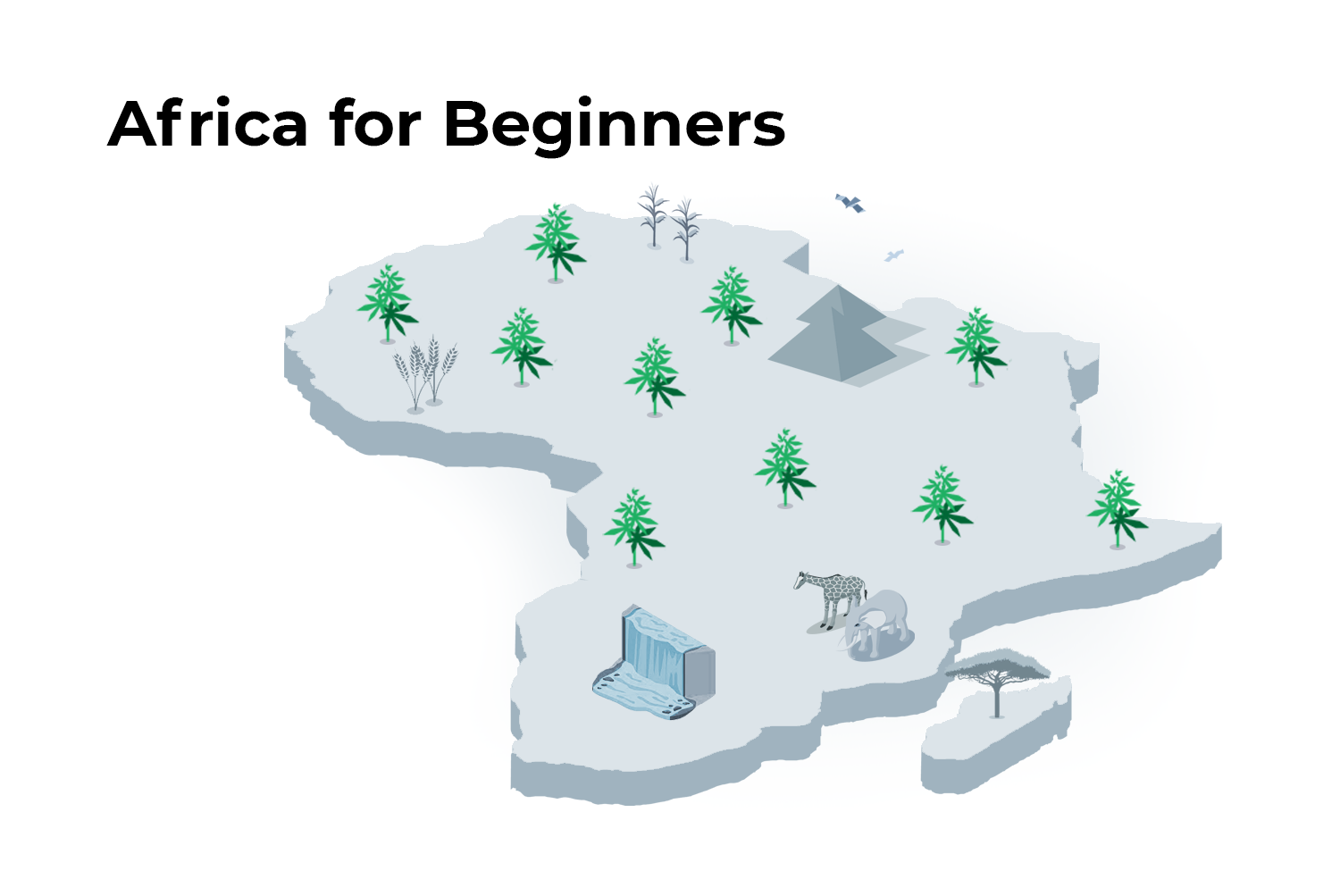 Wesley Petzer is Cannavigia’s man in Africa. Born and raised in East London, a harbor city on South Africa’s East Coast, the agriculturist is overseeing Cannavigia’s business in Africa, starting at its most southern point. We talked to him about why your cannabis business can be a success in Africa.

“Before I tell you what is right with Africa and why people should grow cannabis here, let me start off with getting two big problems out of the way,” says Wesley when we meet via Zoom, “and these two problems are very important to understand. Some people have been growing and then they were surprised when there were problems when they wanted to export. Then they blame the governments for what is happening.

Before you grow in an African country there are two things you have to make sure of: Firstly, are there any sanctions against this country, this government or certain of its representatives? Secondly, and also very important: What are the existing trade agreements this country has signed on for? Once you have done your homework and gotten those things out of the way, your life will be a lot easier.

Wesley gives us a list of why your cannabis business can be a success in Africa and especially in South Africa.

South Africa is the hub

South Africa is the country with the closest to an industrialized economy in Africa. This means the systems work similar to those in Europe, allowing for familiarity and the ease of doing business. Not only does it serve as an entrance into Africa, but the rest of Africa is also looking at how South Africa is doing things.

This doesn’t really need a lot of explaining, as any person who has every holidayed in South Africa will tell you. Good sunshine, enough rain, temperate climate – all the things needed for a successful grow.

Growing cannabis takes a lot of electricity. Coal is going out of fashion. Africa has the potential for huge amounts of renewable energy. It has the sun, it has the wind and it has the water. There are large empty tracts of land that can be used for this. In South Africa, the whole Northern Cape province is ideal for being developed for this purpose.

The other two things that cannabis growers need. Depending on the location and country that you are looking to grow, water resources and space will not be a problem.

A lot of mines in South Africa have land that’s no longer being used. According to South African law that lands needs to be rehabilitated before they can sell it or return it to the rightful owners. This means that there are huge tracts of land lying empty in agricultural areas that need to be fixed up. And it’s not only cultivation that can happen there, but also the facilities, like processing hubs.

The price of gold, diamonds, tobacco and various other commodities are dropping due to a changing world economy. African governments are looking to replace those income streams and the growing of cannabis fits into the new way of thinking. In Botswana, the government is looking to diversify its income from just diamonds and new industries like cannabis are perfect for that. With the world changing its stance on tobacco, countries like Zimbabwe are looking to transition their tobacco farmers into cannabis producers.

Labour is cheap and abundant

Growing in Africa is cheaper than anywhere else because of affordable labour. Agriculture is a tradition in Africa and people are therefore pre-disposed to it. It is also easy to upskill workers to become more specialised in this field for a very low cost.

Getting a license can be easy

The African governments are eager to get involved in this new way that can generate cash and they have very much a “what can we do to make it work” attitude. They are prepared to listen to the needs of the industry and be shown what is needed. They want to play and that makes it easier to get things to be the way the industry wants it to be.

“Europe”, says Wesley, “need to get more involved with the creation of growing standards in Africa. This will help both sides move forward – Africa with the new knowledge and Europe with a new place to grow.”